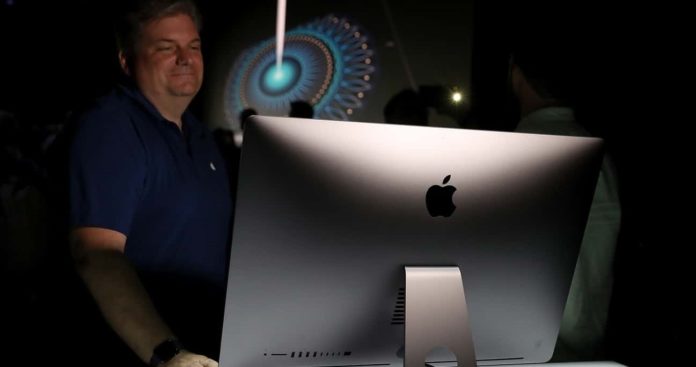 Apple’s notched display design has become part of the iPhone look since the iPhone X was launched in 2017. Now, it turns out that Apple is planning to bring this notched design to Mac as well. A new patent application shows that Apple is also planning to bring Face ID, the face recognition system, to the Mac. You can get. Apple’s patent application to the U.S. Patent and Trademark Office, discovered by Patently Apple since September 2019, revealed a design with a “biometric authentication module” embedded in a notched section on the computer screen.

An ergonomic design is planned
In the patent application, Apple depicted how the biometric system looked on a laptop and desktop computer. This notch is a bit different from the design in the company’s smartphone lineup. Apple said the recognition module can be placed inside an ellipse, circle, notch, a polygonal shape, a series of polygonal shapes, a curvilinear shape, or similar shape. In the Notched Macbook design, IR sensors such as the Face ID module used on the iPhone will be used. In addition, the notch can be rotated for an ergonomic design. So you don’t have to rotate the computer screen to get an accurate facial recognition.

The design planned last year still remains fresh. So much more than a year has passed since the launch of the 2018 iPad Pro with Face ID. On the 2018 iPad Pro models, Apple placed Face ID cameras and sensors on the black bezel of the screen to ensure that the tablet can be used seamlessly in portrait or landscape orientation.

Notch can cause problems for users
Although iMac and MacBook users do not need to rotate their screens, a notch on the screen can disrupt users’ workflow and distract them because it cuts the content. If the Mac follows the design steps of the iPhone, the Face ID module can replace the Touch ID modules on the laptop’s keyboard.

Despite the publication of the patent, it is not yet clear whether Apple wants to bring Face ID to the desktop or when it will appear. When this design takes place and launches, new Mac users can easily log in to the computer, website, and apps without having to type a password. It can also bring features like Memoji and Animoji to the desktop.

What is my IP address? How to find out the IP...