Apple recently released version 13.5.1 of iOS 13 and iPadOS 13, which brings “important security updates” to the operating system. Among the novelties, is the correction of a bug that allowed the system to jailbreak. According to the company, it is essential that users download the update as soon as possible.

Apple published today (1) the update notes and brought details about the patch, which is already being released to all users with iOS and iPadOS 13.5. The correction listed on the company’s website is precisely the closing of the loophole that allowed the use of a powerful jailbreak called Unc0ver. 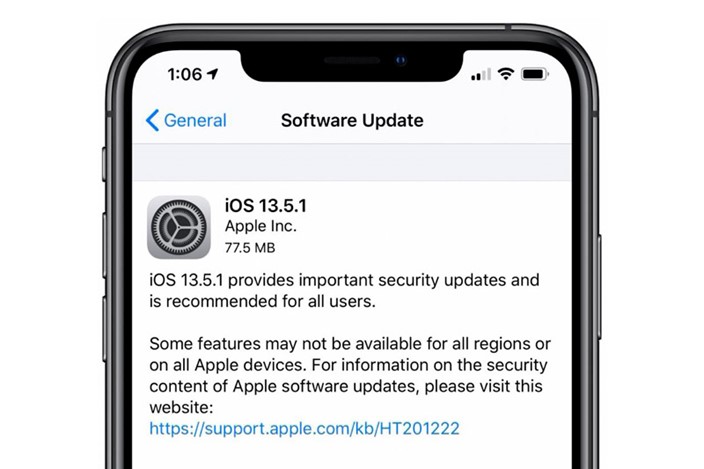 Last week, a program called Unc0ver v5.0.0 was launched online and allowed to breach any Apple tablet or phone running the latest editions of iPadOS and iOS. The tool used a system vulnerability to reach the kernel and guarantee advanced privileges on the device.

According to Apple, the update prevents the program from “executing arbitrary code” with Kernel privileges. Through Twitter, the Unc0ver developers confirmed the success of the patch and told Jailbreak users not to download the new version of the system.

The update that prevents the use of Unc0ver v5.0.0 comes after other major security updates for iOS 13.5. Last week, the company launched a system change package that brought security improvements to FaceTime.

On May 20, the company also released another update with a strong emphasis on security, which fixed vulnerabilities in the Mail application. With that in mind, the tip is that users who don’t usually update their iPhone or iPad often take the time to download the new version of the operating system for their gadgets.

Minecraft Earth will close next June due to coronavirus