Home Entertainment Apple is Making a new HomePod, But It’s Not a sequel to... 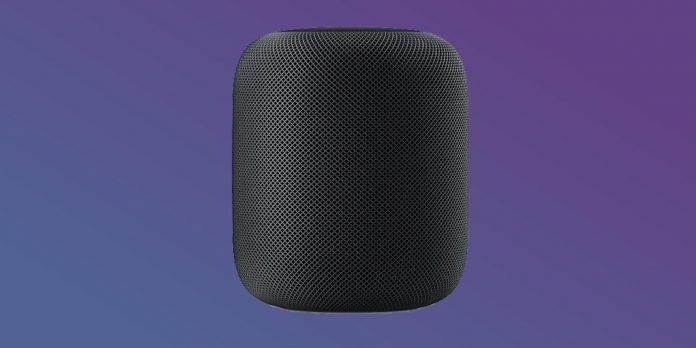 Apple is working on a new HomePod smart speaker, but it is not a successor to the HomePod mini. Apple didn’t enter the field of smart speakers until 2018, four years after the announcement of the first Amazon Echo smart speaker. His first speaker was the HomePod, a $349 cylindrical device with best-in-class sound performance, but far from the best in terms of its intelligent features.

A few years after the launch, namely on March 12, 2021, Apple announced the discontinuation of production of the original HomePod. But before that, at the end of 2020, Apple released the HomePod mini, a cute little speaker priced at $99 and supported streaming services other than Apple Music. In the first quarter of 2022, it received the title of the best-selling smart speaker in the world.

RELATED: What does the orange flashing light on the HomePod Mini mean

It’s been over a year since Apple announced the HomePod mini. According to Bloomberg’s Mark Gurman, the company is now ready to launch a new model. In his Power On newsletter, Gurman says that the new HomePod speaker is codenamed “B620” and will be similar to the original HomePod in terms of size and sound quality. In addition to this, a new chip called Apple S8 has appeared, replacing the A8 chip in the first-generation model. This is the same chip that will be found inside the upcoming Apple Watch Series 8 when they arrive later in 2022.

The next HomePod will have an updated display

Apple will also equip the upcoming HomePod with a new display that can even support multitouch. Another feature that is not specified, but which the new Siri—enabled speaker should have, is an ultra-wideband (UWB) chip. This feature is present in the HomePod mini, but is not available in the first-generation model. The UWB chip has several functions, but one use case for the HomePod mini is to allow users to wirelessly stream playback from their iPhone to the speaker or vice versa. In addition, when an iPhone with a UWB chip is brought close to the speaker, playback controls automatically appear on the screen without the need to unlock it first.

The new HomePod doesn’t have a specific launch date, but Gurman says it should appear between the fall of 2022 and the first half of next year. There’s also no mention of how much it will cost, but given that the original HomePod ended up getting a permanent price cut to $299 after its launch, Apple may decide to stick with that price for the new model rather than announcing a higher price at launch and then cutting it later.

Star Trek: Exploring the Consequences of the Borgless Galaxy