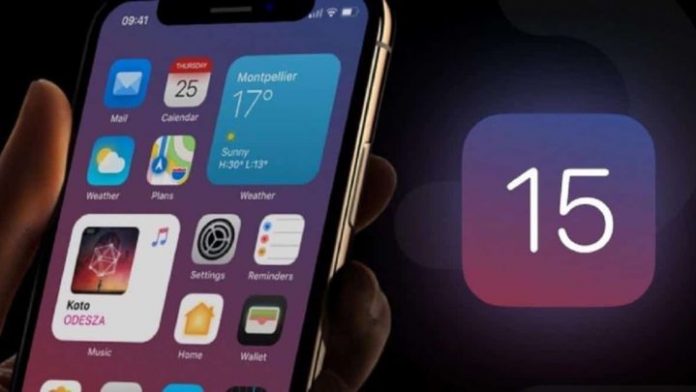 iOS 15: First day of WWDC 21, the moment that many users of the bitten apple have waited for the first half of the year. Those from Cupertino have opted for the same presentation model of last year: without an audience and showing all their firsts in a dynamic video and with all the DNA of the firm. But let’s get to the important thing: the first news of iOS 15 that will arrive in autumn.

The first feature Apple has stopped at when talking about iOS 15 is FaceTime. Apple’s exclusive application for making video calls has received new features such as end-to-end encryption for multiple devices. And this is important, because soon it will be able to be used in Windows and Android, which will expand the range of possibilities even more. It will also improve the audio with artificial intelligence with its noise cancellation system, where the microphone will capture only your voice, and will include a new portrait mode.

As if that were not enough, there is a new function called Share Play with which you can share content with the rest of your friends such as music and video, including listening to songs together with Apple Music, watching a television program or a movie in a synchronized way between all , or share your screen to view applications together.

SharePlay works on iPhone, iPad, and Mac, and with shared playback controls, anyone in a SharePlay session can play, pause, or fast-forward. SharePlay even extends to Apple TV, so users can watch shows or movies on a big screen while connecting via FaceTime, and SharePlay will keep everyone playing in sync. Disney +, ESPN +, HBO Max, Hulu, MasterClass, Paramount +, Pluto TV, TikTok, Twitch, and many others are integrating SharePlay into their apps, creating entirely new ways to connect.

Compatible with Android and Windows too

FaceTime calling also extends beyond Apple devices with the ability to link from iPhone, iPad, or Mac, and share it via Messages, Calendar, Mail, or third-party apps, so anyone can join a FaceTime call from your web browser on Android and Windows devices. FaceTime calls on the web remain end-to-end encrypted, so privacy is not compromised.

Productivity has become a point of importance for developers, something easier to achieve and manage thanks to the new notifications and the Focus mode of iOS15. Focus is a new feature that filters notifications and apps based on what the user wants to focus on. Customers can configure their device to help them stay focused in the moment by creating a custom Focus or selecting a Suggested Focus, which uses device intelligence to suggest which people and apps can notify them.

Focus suggestions are based on the context of users, for example during their work hours or while they go to bed, and when Focus is set to an Apple device, it is automatically applied to all other devices you have. Users can create home screen pages with apps and widgets that apply to focus moments to display only relevant apps and reduce temptation.

When a user’s Focus blocks incoming notifications, their status is automatically shown to others in Messages, reflecting that the user is currently unreachable.

Notifications have been redesigned, adding contact photos for people and larger icons for applications that make them even easier to identify. To help reduce distractions, a new notification summary collects non-time critical notifications and delivers them at a more timely time, such as morning and evening.

Thanks to the intelligence of the device, the notifications are ordered by priority, with the most relevant ones above the list, and based on the user’s interactions with the applications. Urgent messages are delivered immediately, so important communications don’t end at the summary, and it’s easy to temporarily silence any app or messaging thread for the next hour or for the day.

Live Text uses device intelligence to recognize text in a photo and allow users to act. For example, you can search for and locate a photo of a handwritten family recipe, or capture a phone number for a store with the option to make a call. Powered by Apple’s neural engine, the Camera app can also quickly recognize and copy text on the spot, such as the Wi-Fi password displayed at a local coffee shop.

Visual Look Up and Spotlight
With Visual Look Up, users can learn more about folk art and iconic places from around the world, plants and flowers found in nature, pet breeds, and even find books.

Snapchat comes with a feature where you can make your own...