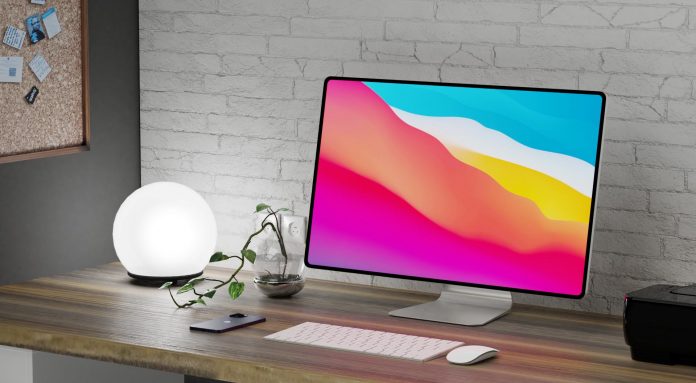 iMac design is changing. Apple will host the “Spring Loaded” event, where it will introduce its new products a few days later. In this event of the company; It is expected to introduce the mini LED iPad series, the tracker AirTags and the third generation Apple Pencil pen. However, recent reports show that it will come at this event in the revamped iMac computer.

According to the news of the MacRumors website, Apple will also announce its new iMac computer at the event to be held on April 20. This computer, which is expected to come with an updated design, will undoubtedly be the most striking product if it is introduced at this event.

Apple hasn’t renewed the iMac design for more than a decade. However, according to the leaked information, the company will update the old design with its new product or products. In addition, sources state that the 2021 model iMac computers will come in five different color options. In fact, the well-known Apple leaker named Jon Prosser says the company will design these colors for the old G3.

A source named l0vetodream supported the product that Apple claims to introduce on April 20 with the picture above. This shared image represents the image used by the company at events, while the other represents images of the old model G3 iMac. This is another leak showing that Apple’s new product will come in five different colors.

The new iMac, which is expected to be introduced at the Spring Loaded event, will say goodbye to the rough frame look of older models. Instead, it will have a more modern and pleasant design. On the other hand, it is known that the new design of the company will come with two different screen sizes. One of them will come with a 21.5-inch screen, while the other will come with a 27-inch screen.

Unfortunately, there is not much information in terms of technical features. However, according to recent reports, Apple’s new iMacs will be equipped with more powerful processors. It is also claimed that the company’s 2021 model computer will be supported by Pro Display XDR display technology.

This time Amazon is in the focus of reactions because of...