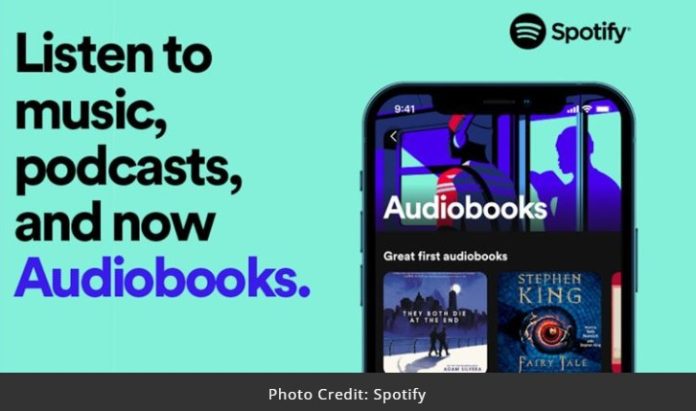 A new report says Spotify is facing problems related to Apple approving an App Store update with audiobooks.
The New York Times reports that Spotify’s latest update has been rejected at least three times. Apple says this is because Spotify’s new audiobooks violate the rules governing how developers can communicate with customers about online purchases. Spotify says this is another example, similar to the 30% app tax that discourages competing services like itself.

Spotify says it has engaged its legal team to develop a product to offer audiobooks specifically for working with Apple. He also brought in former startup founder Nir Zicherman to lead the effort. But according to the Times, Apple has been chasing Spotify all over the table.

“Apple first approved a new feature in the existing Spotify app, and then reversed course, sending Spotify into a world that it considered Kafkaesque, where Apple simultaneously informed the audio company that it could send customers emails about online purchases, but could not provide a button. inside your app to request these emails,” the report says. “After a series of rejections, Spotify announced that on Tuesday Apple approved a version of its app with the ability to listen to audiobooks.”

The difference here is how Apple and Google handled the Spotify audiobook update. The Spotify update on Google Play went smoothly, allowing listeners to click a button inside the app to receive an email on how to buy audiobooks online. An Apple spokesperson told the Times that he has no objection to adding audiobooks to Spotify.
“We provided them with clear instructions on how to solve the problem and approved their app after they made changes that brought it in line with the requirements,” a spokesman told the Times. Spotify’s compliance team called these recommendations actually obstacles that needed to be circumvented.

Spotify’s iOS solution removes information about how to purchase an audiobook from Spotify’s website. Now the message informs users that there is no way to buy audiobooks inside the app. “We know that this is not ideal,” the message says.