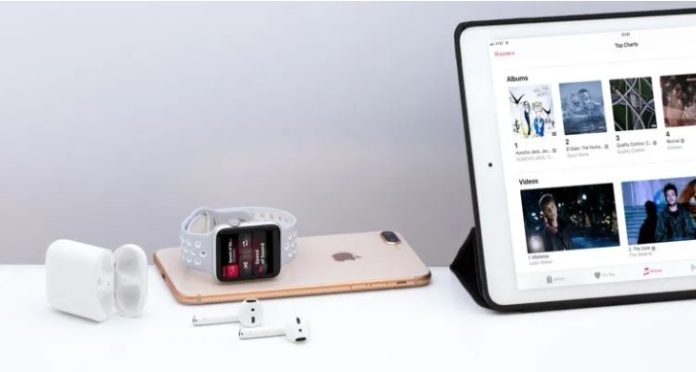 Apple has shared its financial results for the fourth quarter, demonstrating growth in its service category. Now the company has 900 million subscribers for the entire range of services.
The company’s revenue from services increased by 5% compared to last year and amounted to $ 19.19 billion. This includes all Apple subscribers in services such as Apple Music, Apple TV+, Apple One Bundle and iCloud. Apple does not disclose these figures, but gives some idea of how Apple’s business in the service sector is growing.

Finance director Luca Maestri says that this number is 154 million more than a year ago. Apple reported that in April 2022, the number of subscribers reached 825 million, and in July 2022 — 860 million. This means that Apple’s service business is growing by about 40 million new subscribers per quarter. Apple is likely to exceed the one billion subscribers mark in 2023.
These subscribers will help Apple generate even more revenue by raising prices for Apple Music and Apple TV+ subscription services. Apple Music now costs $1 more for individuals and $2 more for families. Apple TV+ has gone up by $ 2, and the cost of the Apple One package has increased by $ 3 per month. Apple says the increase in Apple Music is due to increased licensing costs.

“The transition to Apple Music is associated with an increase in the cost of licensing, and, in turn, artists and songwriters will earn more for streaming their music. We will continue to add innovative features that will make Apple Music the best music listening tool in the world,” Apple says about this step. Here is a brief overview of the new price chart for some Apple services for 2023.

Series Lord of the Rings must have villain known to fans

NASA: Starliner’s first manned flight should not take place until 2022