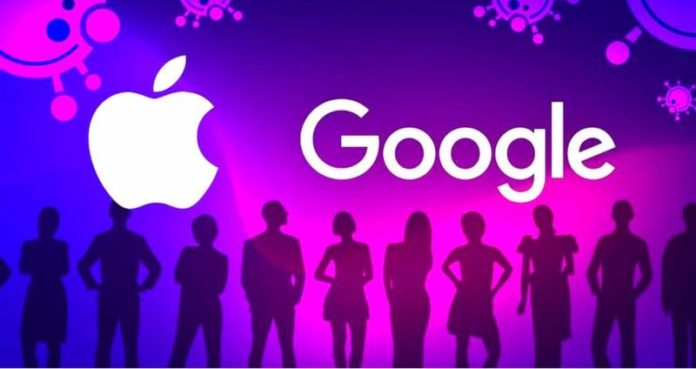 Apple and Google made a statement regarding the privacy measures of the contact tracking system they developed in the context of combating the coronavirus outbreak. Companies found it appropriate to call the new system ‘exposure notification’ rather than ‘contact tracking’.

Technology giants Apple and Google, who came together as part of the fight against the COVID-19 outbreak, started working on a common structure called the ‘contact tracking system’. The two companies shared the details of the privacy measures of this system with the public.

While it is stated that the Bluetooth metadata will be encrypted, the keys that identify a smartphone will be reproduced randomly every day. In addition, the system will not compare one person’s contact with another for more than 30 minutes. The system will use the Advanced Encryption Standard (AES / Advanced Encryption Standard) for data encryption.

It is important to persuade to privacy:
It is very important to convince the public that privacy is protected in this type of system because people will make their personal contacts in their daily lives trackable through their smartphones. Once the system is up and running, people will receive notification of whether they are in close contact with someone with COVID-19 via Bluetooth. Let’s add that companies have translated the definition of the system from ‘contact tracking’ to ‘exposure statement’ in order to gain public trust.

This system, configured by Apple and Google, will be put into use gradually. In the coming week, the preliminary version of the system will be available to public health apps developers. This will not mean that the functionality has yet been made available to users, but developers will be able to start testing this early release. Apple and Google state that the new functionality in the API will allow developers to decide how and how long to record two interactions of physically close phones.

It is stated that the applications will be developed and made available to users by public health institutions, such as the National Health Service (NHS) in the UK, not by Apple and Google. It is said that the full release of Apple and Google’s API will be around mid-May. The next step will be to add interfaces to Android and iOS, which will allow users to activate the system directly. Companies stress that this will take months.