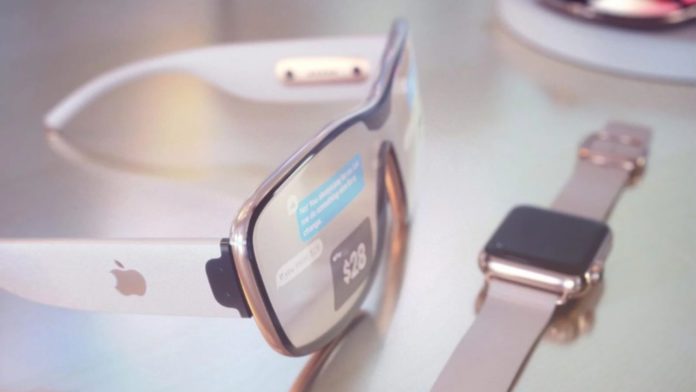 In preparation for entering the virtual reality glasses market, Apple is betting on research to ensure sharp and quality images for the user’s eyes. The company published last Thursday (19) a study involving five new patent applications. The new records reveal technologies that may be present in Apple Glasses, the brand’s alleged augmented reality device.

Three of the five patents are dedicated to ensuring a sharp and clear image for the user, with uniform and sufficient lighting and brightness. The fourth patent concerns the sound quality, while the last one demonstrates how to use the HMD (head-mounted display or display used on the head) decoupled from the body.

To obtain high-quality images without the glasses becoming heavy and bulky, Augmented Reality (AR) systems combine projected images with those of the real world. To make them even more consistent and clear, the patent “Waveguided Display Systems” aims to add structures that divide the light beams, which would help to duplicate them to two different dimensions.

The patent application “Scanning Display Systems” (Screen Scanning System) aims to guarantee the quality of the image’s brightness and resolution. For this, the system uses optical systems arranged in diagonal and vertical aligned lines, generating high resolution images with a high frame rate. This system prevents the glasses from showing physical deformations and light deviations when presenting the image.

Through the patent “Tracking and Drift Correction”, the user is able to accurately track objects that are outside of Augmented Reality. With this technology, it would be possible to see and manipulate objects in the real world without having to take off glasses or leave the virtual world.

In addition to ensuring the quality of the images, Apple was also concerned with the sound emitted by the equipment. The “Display Devices With Multimodal Audio” application provides a more immersive audio experience for Virtual Reality. This is possible because, along with the viewfinder, the glasses are accompanied by headphones that can be adjusted to the type of audio being represented.

Apple also thought of a solution for when HMDs are not being used in the head. The patent “Electronic Device With Inner Display and Externally Accessible Input-Output Device” allows the user to remove the device from the head and still be able to use it from the head. somehow. Instead of projecting the image on the viewfinder, the system could project it on nearby surfaces.

Apple is still studying what the Augmented Reality and Virtual Reality devices will look like when worn on the head or externally.