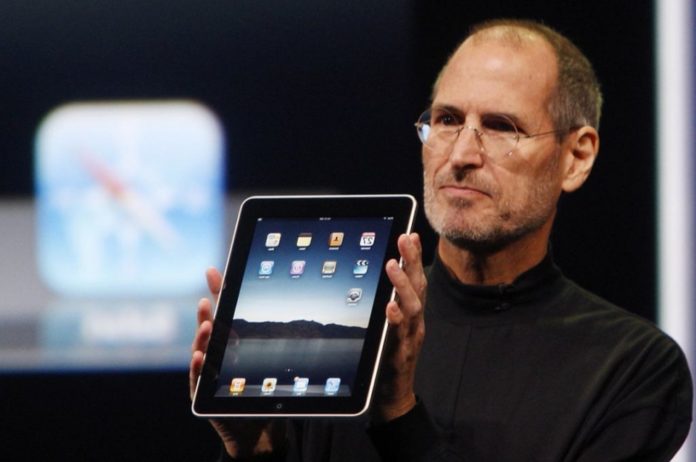 Apple CEO Steve Jobs appeared to consumers 10 years ago with the first iPad. Now, Windows Sector Chair Steven Sinofsky made some explanations and explained how iPad was greeted by Microsoft for that time.

The US-based technology giant Apple was introduced to consumers ten years ago with the first iPad in the hands of legendary CEO Steve Jobs. While iPad, which was a great revolution for that period, was met with great interest by consumers, it also disturbed Microsoft, another US-based technology giant. Because iPad was a product that can be easily moved between a phone and a laptop.

Jobs was very ambitious during the introduction of the first iPad. In the statements he made, the legendary CEO holding the laptops on the ball stated that the netbooks are behind iPad in all matters, that these products have poor quality screens, they do not give what is expected in terms of performance and they run mostly old PC programs. According to Jobs, netbooks were just cheap products.

The first iPad was proof of how far behind Microsoft Apple is
By the way, the phrase netbook may seem a bit confusing. Namely; Netbooks were an important issue for Microsoft at that time. You can think of netbooks as today’s mini laptops. These products, which were popular for a time, were extremely inadequate, especially as Jobs said. As such, consumers were looking for a new product that could be easily transported, and iPad was a great alternative.

Steven Sinofsky, the head of Microsoft Windows for that day, went back to those times with a blog post he shared. Explaining what they experienced with the introduction of iPad, Sinofsky clearly stated that they are “blind” to the point Apple has reached. Because laptops and netbooks that were popular at that time were significantly behind iPad.

Sinofsky states that the first iPad offers dozens of possibilities to consumers. Consumers; Through their iPads, they could run hundreds of thousands of apps, connect to the internet, and check their email. Moreover, all this would have happened thanks to an extremely light product, which could be used for up to 10 hours and also had no cooling fans. In addition, the affordable price of iPads was one of the main points to attract consumers.

Sinofsky, former President of Microsoft Windows, says the most fascinating point for iPad itself is the keyboard stand. In this way, consumers could use their iPads by touching the screen or through the keyboard stand if they wanted. These statements by Sinofsky clearly reveal Microsoft’s perspective on the first iPad.