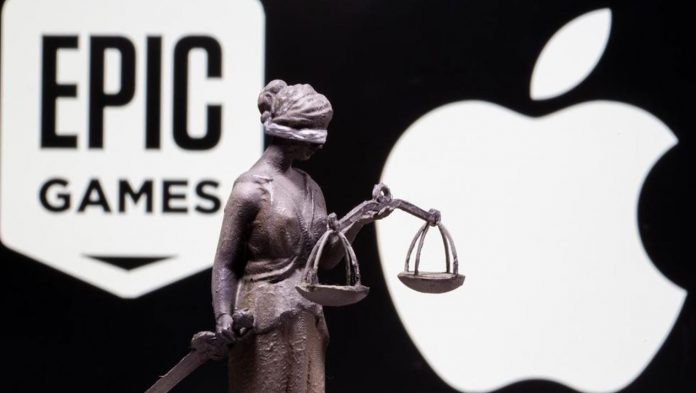 The legal process that will bring Apple and Epic Games face to face will be physically carried out in courtrooms despite the pandemic conditions. The decision was made by the judge on the grounds that the case was of great importance. The Fortnite case, which will take place between Apple and Epic, will take place on May 3, as of date.

According to the report of MacRumors, Judge Yvonne Gonzalez, who met with Epic Games and Apple lawyers, listened to the defenses of the companies regarding Apple’s claims that the applications in the App Store were organized in a monopolistic and anti-competitive manner. The judge stressed that the case was important enough to be heard in person and that witnesses should be physically testified in court. She said she believed that this would make the parties less likely to lie.

For the trial process that will start on May 3, negotiations will be held over Zoom and trials are expected to be carried out. However, if the current plan goes into effect without being interrupted, they will have to go to the state of North Carolina, where the trial will take place, unless witnesses have valid reasons not to travel. On the other hand, the jury members will not be allowed to be present at the hearing.

The lawsuit filed by Epic Games against Apple alleges that the tech giant is trying to gain control over its efforts to control markets, curb competition and suppress innovation. Apple, which imposed a deduction of more than 30 percent from its own store, the App Store, to payments made from the Fortnite game, also placed a limit on micropayments separately.

Since then, Apple has reduced the store fee to 15 percent for developers earning under $ 1 million annually. However, Epic Games was not included in this campaign. Fortnite is still not available on iOS. The game, which was removed from the Google Play Store a while ago, can now be played with third APKs.

Disney Breaks the Record at the Box Office in 2019