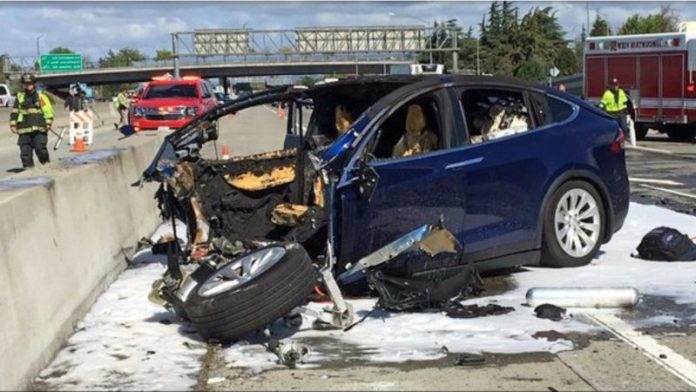 New developments have occurred in a traffic accident that occurred in 2018, causing an Apple engineer to die. At the informative meeting of the deceased engineer’s lawyer, the engineer announced on the morning of the accident that there was a problem with the autonomous driving system in his vehicle.

In the past, we shared a news with you and mentioned in this news that an Apple engineer had an accident with Tesla Model X and died as a result of the accident. Some information has now been shared about this accident that happened more than a year ago. The information revealed that Apple engineer Walter Huang, who died in the accident, was aware that an accident could happen to him.

Huang was an engineer working in Silicon Valley. The engineer, who went to his workplace with the Tesla Model X vehicle, also used the car’s autonomous systems frequently. Huang even reported this to his wife on the morning of that accident, mentioning that the vehicle tended to get out of the road in a certain area while on the road. However, the incidents related to this hand accident are not limited to this much.

The accident that Tesla Model X crashed into the barriers and Apple engineer lost his life on the “U.S. 101” highway. According to the evidence submitted to Huang’s lawyer and court, there is a navigation error in a particular area of ​​this road. In other words, a mistake found in Tesla’s navigation system is breaking out exactly where the accident happened. Even the Apple engineer was aware of this for a long time.

Apple engineer’s lawyer revealed that Huang had also applied to Tesla on this matter. According to allegations, the engineer noticed that the vehicle had changed direction in their previous journeys, and went to the Tesla service, thinking that this was a problem. However, the experts at the Tesla service could not detect any problems. For this reason, Tesla Model X, which would later be involved in the accident, was delivered to its owner without any action.

At least five accidents are reported in the same area of ​​the U.S 101 highway. According to the explanations, the main reason for these accidents is concrete blocks on the road. Interestingly, there were vehicles that hit the same concrete blocks both before and after the Apple engineer crash. However, although Tesla Model X has autonomous driving feature, the issue of how it hits this concrete block at a speed of 117 kilometers has not been clarified yet.

The U.S. National Transport Safety Board will hold a meeting on February 25 and discuss how this traffic accident, which cost a person’s life, might have occurred. It is stated that this meeting will illuminate the accident that cost the life of the Apple engineer.

Apple could announce its transition to ARM processors on new Mac...