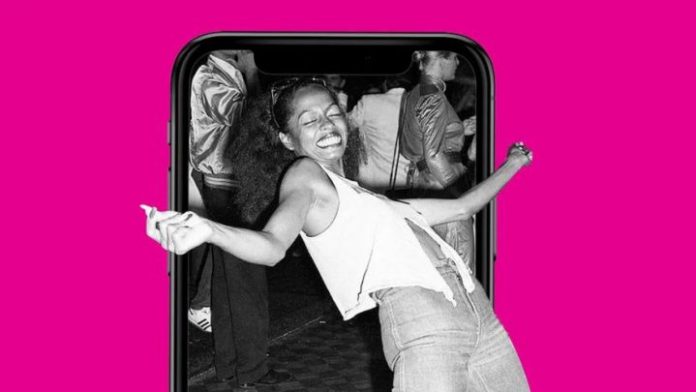 The figures are there. Every day for months we see the daily part of the infected, of the deceased. They are not numbers, they are people, each one with its history, its family and its drama. But there are still a number of people who do not believe it, who think that this does not go with them. And because of these wretches / wretches, the curves don’t flatten out.

They are people like Guty’s daughter, like Neymar and other high-status athletes, or simply anonymous people who believe they are superior to the rest, and who do not see it dangerous to be without a mask locked in a room when people die every day. They are the type of people who use a dangerous application that Apple has just deleted from its store.

Apple has removed from its App store the iPhone app ‘Vybe Together’, which encouraged organizing clandestine parties amid the restrictions imposed by the pandemic. Vybe Together advertised itself on TikTok and its website as a place to host and attend clandestine parties, using the slogan “Take out your rebel. Make your party. “The organizers would have to approve everyone who wanted to attend, and those who were approved would receive the address 2 hours before the event.

Given the current restrictions that we have in countries like the United States, England or the entire Euro zone, most of these meetings are markedly illegal, which partly explains why the application required you to submit a profile for approval before you were allowed to enter, using an access clandestinely.

How does it work? The Vybe Together website gave a phone number to call. The Verge media did, explaining that it put him in contact with someone “who identified himself as Albin, one of the co-founders of the application.” He told them that the app had “several thousand users”, and that several thousand more they had “requested access to it since the company began posting videos on TikTok.”

The request involved giving up your Instagram account and uploading photos of the parties to the social network, presumably to make sure you weren’t someone who was going to get off the hook about the events – something that doesn’t make much sense either, since if you upload photos from a party to a social network in the middle of a pandemic, they will catch you yes or yes Vybe Together tried to keep a low profile these months – barely 1,000 followers on Instagram, 139 followers on TikTok – although it was mentioned in at least one EventBrite invitation to a party in New York in September.

‘If This Car Is Others What? Dedik Special Design Mercedes AMG...