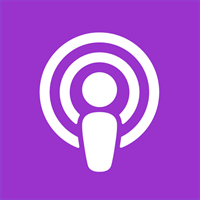 Apple: The podcast subscription system, which is expected to be activated by Apple this month, has been postponed to June. Two days before the end of the month, an e-mail was sent from Apple to the content producers.

The interest in podcasts has been increasing lately, and this interest is helping various companies develop new ideas to attract such content creators to their platforms. Apple is also preparing to take its place among these companies.

The subscription system for Apple Podcast will be opened to users this month. Members of this system want to have features such as early access to sections and ad-free listening. In the statement from Apple in April, it was stated that the feature would be active in 170 countries.

Apple podcast will have to wait

Various creators who recently started using the feature were starting to run into problems. Some creators were unable to access Apple’s Podcast Connect portal, while others were seeing delays in the airing of new episodes.

The subscription service, which should be active this month under normal conditions, will be used actively next month for these reasons. An e-mail was sent from Apple to the content producers regarding the issue. Stating that it delayed the feature to provide the best experience in this e-mail, Apple also clarified some points.

Stating that users from all over the world send hundreds of new podcasts every day and subscribe to podcasts, Apple stated that this situation is pleasing. He stated that the feature will be released in June in order to provide the best experience.

Stating that it is aware of the problems experienced in the last few weeks, the company said that they are focusing on these points and will make appropriate updates. He also stated that they acted according to the feedback from Apple customers using iOS 14.6. Finally, the Cupertinolu company thanked the content producers and listeners for their understanding and stated that the feature will soon be available around the world.

Galaxy S21 Ultra Has Bug That Can Drain Battery Without Uusing...