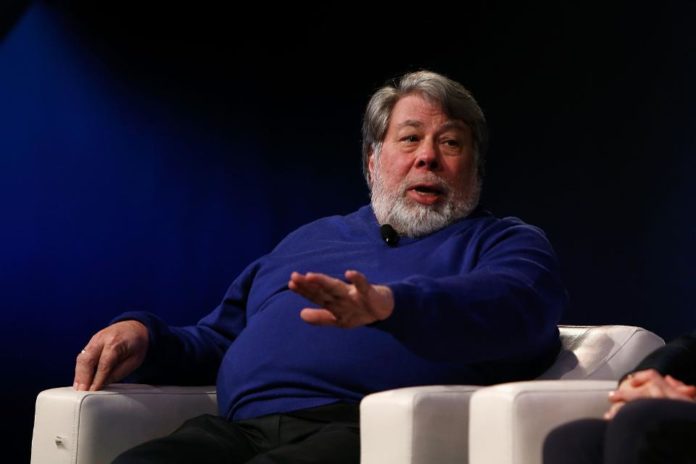 Apple’s co-founder Steve Wozniak said in a post on his personal Twitter account that he and his wife fell ill after returning from China at the beginning of January.

Steve Wozniak, who signed a world-wide revolution with Apple, which they established in the garage of a house with Steve Jobs, is among the most colorful figures in the technology world. The Polish-born US computer engineer, who came to the agenda with his debuts from time to time, said that his wife and he might be the first case of corona virus in the USA.

Checking out Janet’s bad cough. Started Jan. 4. We had just returned from China and may have both been patient zero in U.S. (@ West Coast Sports Institute in Santa Clara, CA) https://t.co/MRNHqithEU

Wozniak, who shared a personal Twitter account, said that they returned from China with his wife Janet Hill at the beginning of last January. Stating that his wife started to cough badly after coming to the USA, Wozniak stated that he and his wife may be the first people to catch the corona virus in the USA.

The location statement in Wozniak’s Tweet shows that both were examined at the West Coast Sports Institute in Santa Clara. Fortunately, USA Today reporter Jessica Guynn said that Wozniak’s wife had a simple sinus infection, but it would be best to wait for a second tweet from Apple’s co-founder.

The new type of corona virus, officially known as COVID-19, causes respiratory distress in infected people. The disease, which has flu-like symptoms such as fever, cough and shortness of breath, quickly turns into pneumonia.

According to health professionals, the biggest risk group consists of adults over the age of 65 and children under the age of three. The epidemic continues to spread worldwide, with new cases emerging in California last week. According to data from the World Health Organization (WHO), there have been 3,043 deaths so far, mostly on Chinese mainland due to the corona virus. COVID-19, which has been transmitted to 88,948 people since its emergence in Wuhan, China in December 2019, has spread to many continents from Asia to Europe, from America to the Middle East.

Down on the Horizon on Chainlink (LINK)?

Emily Ratajkowski Raises The Temperature In Mini Dress On Instagram!

All about Dear.M, the new drama starring NCT’s Jaehyun