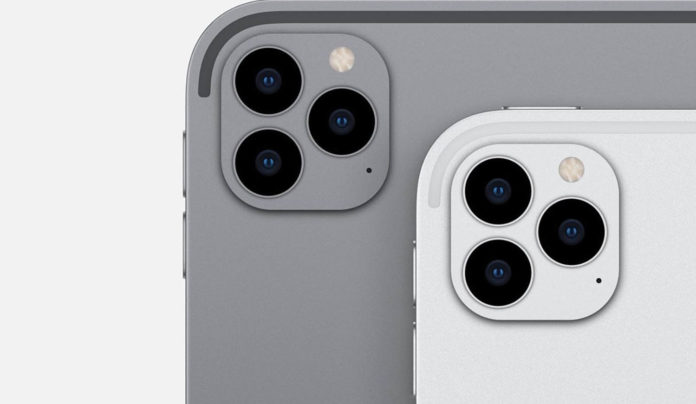 It is claimed that the highly anticipated new iPad Pro model of the US technology giant Apple will be introduced in March. The model, which is expected to come to light in the spring event held every year, will be equipped with a triple rear camera system such as the iPhone 11 Pro.

Apple will introduce its new iPad Pro series in March, according to Digitimes news. In the news, it is stated that the new tablet model will be produced less than the targeted amount due to the corona virus outbreak in China. This means Apple may delay the release date of the new iPad Pro or release it in limited quantities.

In a statement made today, the company in Cupertinolu stated that the deadly epidemic could not reach the revenue target it predicted in the second quarter of 2020 due to slowing production and reducing the demand for smartphones. Due to the new corona virus emerging in Wuhan city, many companies, including Apple, had to close their production facilities.

Render images of the new iPad Pro model
In the news of Digitimes, it is stated that the breaks in Apple’s supply chain will decrease after April and the production of the new iPad Pro will increase to approximately 3 million per month. So what features will Apple have on its new tablet? According to the news, the new iPads will come with triple lens setup with 3D ToF (Time of Flight) camera technology.

The ToF camera will help iPad measure distances and dimensions of objects in the outside world with a much higher precision with Augmented Reality (AR) applications. The ToF camera is expected to find its place in the iPhone 12 series, which will be introduced next September.

Apple currently offers 11-inch and 12.9-inch iPad Pro models. Digitimes claims that the new iPad Pro will have a 12-inch screen size. Of course, it is worth saying that all this information is for speculation only. The spring event, which is expected to introduce Apple’s new iPad Pro series, is expected to take place at the end of March.