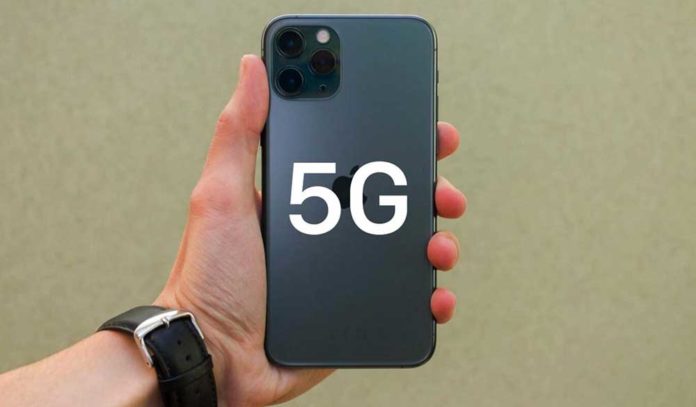 The new device, which is expected to be introduced by technology giant Apple in autumn of this year, was announced in the past months when iPhone 12 will support 5G. According to a recent report, Apple was claimed to design its own 5G antenna. This move of the company has already started to be discussed in technology circles and to receive positive comments.

There are those who remember the rumors that Apple 12 could not come with 5G due to Apple’s patent and copyright dispute until the 5G news is finalized. In the end, Apple realized that Qualcomm’s 5G offer was the best in its class, and I made a deal with the company and it was decided to release the 5G iPhone devices powered by the Qualcomm X55 modem.

Apple doesn’t want to compromise on design
According to the latest report published by the magazine Fast Company, Apple started to work on its own antenna design by plastering its sleeves, because Qualcomm’s QTM 525 antennas could not adapt to the stylish industrial design it wants to create for its new devices. An open door seems to have been left, according to the report. In other words, although Apple does not want to stick to Qualcomm, it seems that if its efforts are insufficient, it will be obliged to use the company’s antenna module.

However, let’s add that Apple makes several different designs and these are another design that uses both the Qualcomm modem and the antenna at the same time. According to the source, the rumor that the Qualcomm QTM 525 antenna module will support 5G smartphone designs thicker than 8 millimeters is said to be one of the biggest obstacles to Apple because the tech giant certainly does not want to create a thick iPhone.

The report also states that the process of designing a 5G antenna presents a lot of technical difficulties. The fact that Apple has not taken very correct steps in this regard after the iPhone 4 antenna design, which is accepted as one of the best known examples, is also among the ones discussed. In addition, it has been added to the report that Apple’s desire to use its own antenna design is aimed at reducing its overall dependence on Qualcomm.

According to the information received, Apple does not only want to use its own antenna for industrial design reasons, in general the company wants to use as few Qualcomm parts as possible on the iPhone. According to sources, this is because Apple doesn’t want to connect with royalty. Time will show what the process will be and how we will encounter designs and technical evenings on new devices. Until then, we will continue to share new information about the subject with you.

Hackers Profit With Bitcoins They Stole