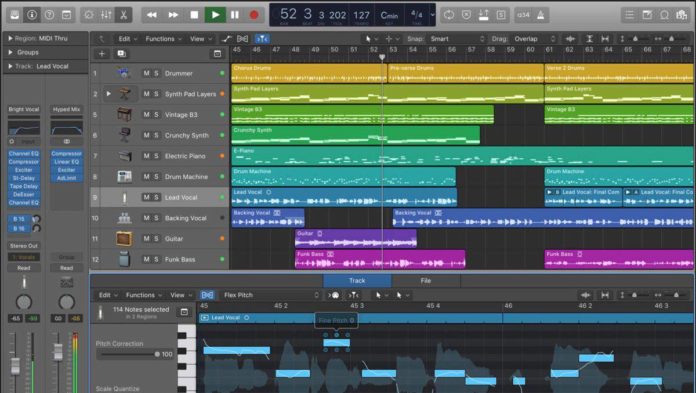 Apple seems to be preparing a new version of Logic Pro X with support for Live Loops for Mac. This feature has already been proven to be popular in Garageband for iPad, and now Apple wants to bring this experience to Logic Pro users.

Live Loops support will come to Logic Pro X:
The Live Loops feature first came to iPad in 2016, and the U.S.-based company describes it as “a completely new and intuitive way to create great music.” Live Loops includes various loop templates designed by Apple to create music with a unique cell and column-based design.

Apple provides the following information about GarageBand Live Loops: “Live Loops is designed to make it easy to create music like a DJ or electronic music producer. With Live Loops, you can play, edit and place your musical ideas in real time. Each music phrase or loop is contained in a cell on the Live Loops grid. When you work in the grid, you can freely start or stop the playing of the cells by keeping everything synchronous. ”

In the more detailed information shared by the US-based firm regarding the mentioned feature, “When you tap Live Loops in the audio browser, the Template browser appears instead of the Audio browser. You can choose a Live Loops template that includes a number of musical instruments and pre-recorded cells, or choose an empty grid. ”

There is no sign of when Apple plans to release the next version of Logic Pro X. On the other hand, Apple increased the free trial version of Final Cut Pro X from 30 days to 90 days last week. The company also added a new free trial option for Logic Pro X, which allows users to try the application for 90 days.

Galaxy S21: who will be able to use to unlock their...