Home Entertainment Apple Blocks The Return Of Fortnite To The App Store Until All... 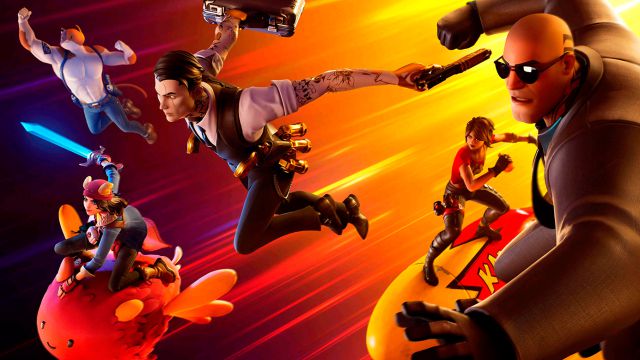 Apple: The CEO of Epic Games reveals that Apple will not allow the return of the popular battle royale after the judgment of the trial, not until the legal channels are exhausted. When it seemed that the macro-trial between Apple and Epic Games wrote its last passages with the recent sentence of Judge Yvonne Gonzalez Rogers, including a ruling that forced the Cupertino company to allow links to external payment methods in the apps of the The App Store, now Tim Sweeney, CEO of Epic Games, discovers Apple’s next steps regarding their litigation, announcing that Fortnite will remain blocked on the apple platform until Apple exhausts all legal avenues at its disposal, something that could take a long time. his return up to 5 years.

New episode of the war between Apple and Epic

And it is that the judge, beyond forcing Apple to include other external payment methods, ruled that the activity of those from Cupertino could not be considered a monopoly, at the same time that it forced Epic Games to pay several million for unearned profits. and other expenses; From Epic they did not take long to appeal the decision seeking a fairer ruling, in her opinion. Now, Tim Sweeney, head of Epic assures that Apple has lied assuring that it would abide by the decision allowing the return of Fortnite to the App Store.

“Late last night, Apple informed Epic that Fortnite will be blacklisted from the Apple ecosystem until all court appeals are exhausted, which could be a process of up to 5 years,” Sweeney says. And it is that apparently, Apple will play all its possible cards to remain firm in its position, thus hindering the return of Fortnite and its external payment methods.

“Apple has exercised its right not to reinstate the Epic Developer Program account at this time. In addition, Apple will not consider any other request for reinstatement until the decision of the district court is final and unappealable, “says Apple, a process that according to Epic could take up to 5 years. However, it seems that it will still take us a long time to see Epic’s battle royale in the iOS ecosystem again, if its return occurs.