Home Tech Apple AirTag: Why Is It Possible To Make a Hole In An... 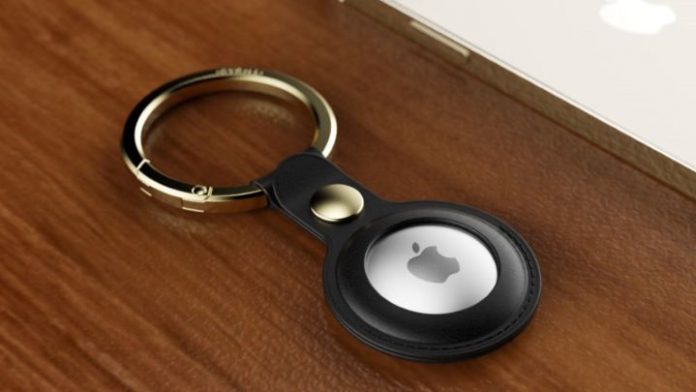 Apple AirTag: Rumored for a long time but finally presented, Apple AirTags are small devices that turn any object into a GPS point and allow you to find an object that cannot connect to the Internet. By this we mean wallets, keys, bags … whatever thing of your day to day. But curiously they need an extra element to be used for example in keys.

Each AirTag is “round, small and light” and features precision-engraved, polished stainless steel construction, as well as being IP67 waterproof and dust resistant. And when they were presented a couple of weeks ago, Apple also introduced accessories such as key rings or polyurethane ties in which you can place the AirTag and thus hang it from a bunch of keys or hook it on another element. And each accessory is worth at least as much as an AirTag.

So the question is, why not use it without an accessory and save yourself the extra? You can, but it is impossible to hang it on the keys, for example because they do not have a hole for it – hence the launch of accessories too – something that other mini-locating devices such as Tile or Samsung’s Galaxy SmarTag do have.

As always, the Third Party will launch their own accessories for the AirTags at much lower prices than the official prices -but they are not Apple-, but surely there will be someone who wants to pay only for the AirTag by making a hole for a pin himself.

You can, but you shouldn’t

The question is, can you make a small hole in an AirTag that is wide enough to hook it on key rings and so on? The short, direct answer is ‘yes’, but the extended one is ‘… but you shouldn’t’. The iFixit website, known for its ‘teardowns’ in which it shows us the ‘guts’ of devices that have just arrived on the market, has disassembled an AirTag, finding that the minimum internal space of the device is truly well used and up to the top of components and technology.

According to iFixit, after examining the inside of the AirTag “we took a 1/16 inch bit and carefully drilled a hole in the second tracer in our four-pack, after removing the battery, of course. Miraculously we managed to avoid all the chips, plates and antennas, and we only pierced the plastic and the glue. And the best? The AirTag survived the operation like a champion and works as if nothing had happened ”.

But this does not mean that it is easy, and if you are thinking about doing it, iFixit continues to warn about why it is possible but not recommended to put the drill into the AirTag: “Drilling in the wrong place can cause serious damage, so do not try it at home. Unless you’re willing to turn your tracker into a very light paperweight. ”

Will customer service and Complaints and AirTags App Stores be filled with holes that have suddenly stopped working?

The Best Cyberpunk 2077 Cyberware and How to Get It