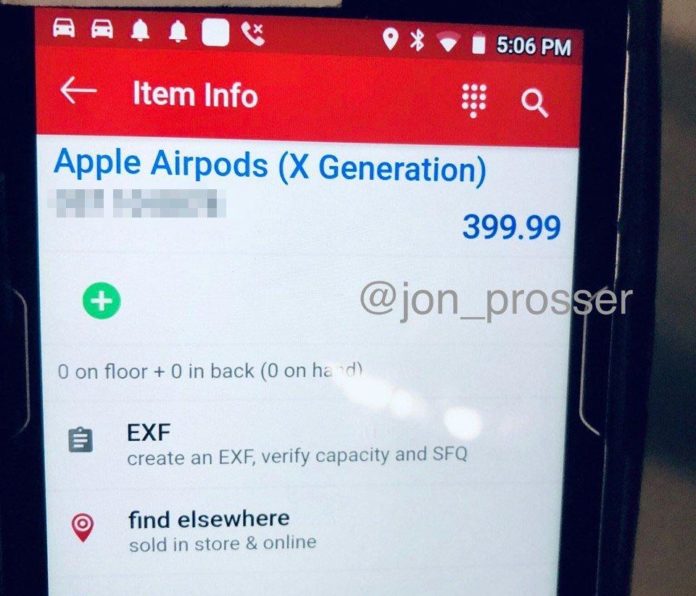 If Target employees say it is true, products that will shake the pocket of Apple fans are on the way.

We all know that Apple’s new product promotion event will be held in the next 6 weeks. There are also great ideas such as the arrival of one or more iPad Pros with a new iPhone. There are also rumors about whether new Apple products will be promoted on the same day. There are reports of these rumors from unknown sources day by day.

According to reports on AppleInsider and Jon Prosser’s Twitter account, the above-mentioned products are also included in the inventory system of the market named Target. The most interesting of these is Apple’s new headphones that I have been following since the rumors came out.

According to Target’s inventory system, Apple AirPods (X Generation) will go on sale in March and the exit price will be $ 399. When we consider the on-ear headphone industry that can cut sound even though the price seems high, it is known that the price is in line with the headphones like Bose’s 700.

This inventory system has also added Apple TV and the new watch series to the system. The two products mentioned are all logical because Apple TV has been released for a few years and Apple is releasing a new series every spring.

iPod Touch’s price seems to be $ 399 compared to inventory. Touch was last renewed last May and the chances of selling at this price are very low. It is also worth noting that the prices and release dates are generally correct, although the target leaks are generally not exactly correct.

Xiaomi wanted to sell a cell phone without charging