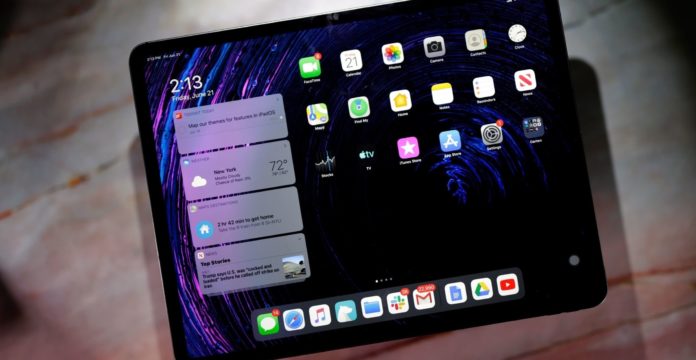 Apple has been trying to convince everyone that iPad is the computer of the future in recent years. Because iPad refused to use keyboards, trackpads and even stylus pens. However, it seems that over time, Microsoft began to adopt its style.

Apple made fun of Microsoft
While Apple CEO Tim COOK introduced the new Mac and iPad six years ago, he did not neglect to speak with Microsoft in a ridiculous language. “Our competition with Microsoft is different, they are confused.” He made a statement. He added, “They were running after Netbooks, now they are trying to convert PCs to tablets and tablets to PCs. Who knows what to do in the future? “He made statements.

IPhone concept with Lidar browser after the new iPad Pro!
But people’s keyboard and laptop habits pushed Apple to think like Microsoft. As time went on, iPads began to change as well. iPad Pro and Surface Pro are starting to look more alike. They both have keyboards, trackpads and stylus pens. With iPadOS getting cursor and mouse support, Apple finally admitted that Microsoft was right about tablets.

Apple has agreed to adapt to the change of iPads over the years. For this reason, we see that there are more laptop-style applications for iPad. They hope that iPadOS will carry the similarity of the laptop that people want a bit. Next years will reveal Apple’s plans for iPad better.

The Legend of Zelda: Breath of the Wild

Mobile Phones Are More Expensive Than Two Years Ago: The Average...