Home Tech Apple, A Flexible iPhone With an iPad-like Screen by 2023, According To... 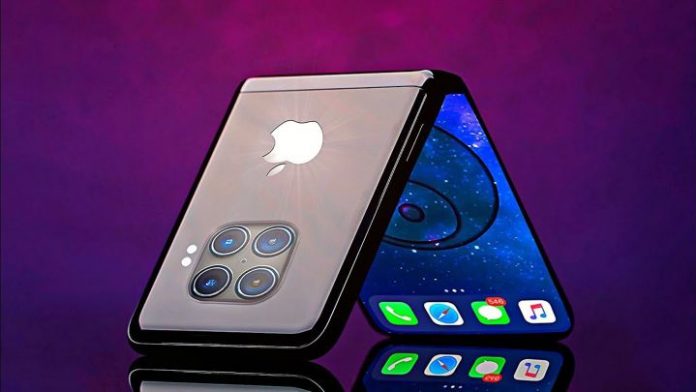 Apple is a ‘trend setter’ we all know, because every time it comes out with something new -the notch of the iPhone X, Face ID, AirPods-, it becomes a trend and the rest of the brands end up copying it or being inspired by it to launch news. But he also has a hard time getting on the bandwagon of today, too. And therefore, when we have been seeing folding smartphones with flexible screens for 2 years, we still have not seen any from Cupertino.

The first flexible iPhone by 2023

And it is that from a certain point of view, it makes sense: The technology of flexible screens is still so new and little exploited, that the terminals do not take advantage of everything that these panels and the design can give of themselves, and their prices are still very high for be a novelty in the market. But it may be that in a couple of years things have evolved, and the folding terminals have the same price, a current top of the range offering the same power. And we say a couple of years because it may be when Apple enters this field.

According to the Apple expert and analyst, Ming-Chi Kuo, has pointed out in a note for investors seen by the MacRumors site, Apple is working to launch in 2023 a folding mobile with a flexible 8-inch OLED QHD + screen, a panel in which Samsung – which was already the supplier of the OLED screens of the iPhone X – will play a prominent role. This screen and its size would make the iPhone practically an iPad to use.

As we have already mentioned before, flexible technology is like Augmented Reality: it has come to stay. And folding terminals and flexible screens are going to represent the next great evolutionary leap in Mobile Telephony, just like when Apple cleared the screen and made it the main protagonist with its first iPhone in 2007. Kuo predicts that smartphones Foldables will become a “must-have” for all major smartphone brands and will drive the next “replacement cycle” of high-end models

The analyst estimates that the next iPhone will adopt a silver nanowire touch solution for the device screen, creating a “long-term competitive advantage” for Apple in the foldable device market. This display technology will be needed for future folding devices that support more than one fold – those that don’t fold over only on one side.

Future folding devices will need touch technology that supports multiple folding points (versus a single fold in today’s flexible smartphones), a medium or large roll-up screen, and durability. When comparing the advantages of the previous specifications, the silver nanowire is similar to or superior to the Y-Octa from SDC. According to Kuo, Apple would already be using the silver nanowire for the HomePod’s touch interface, allowing Apple to “master the technology” at a lower cost using small-volume production.

Obviously, this is the opinion of an analyst, and his sources are anonymous, so there is nothing official in this data. However, it has been talking about a flexible iPhone for a long time – it is where the market is pulling / will pull – and 2023 is still almost 2 years away, so they have time in Cupertino. Another thing is that flexible technology takes more or less to integrate at the mass consumption level.

Windows 11 Is Updated, These Are Its News