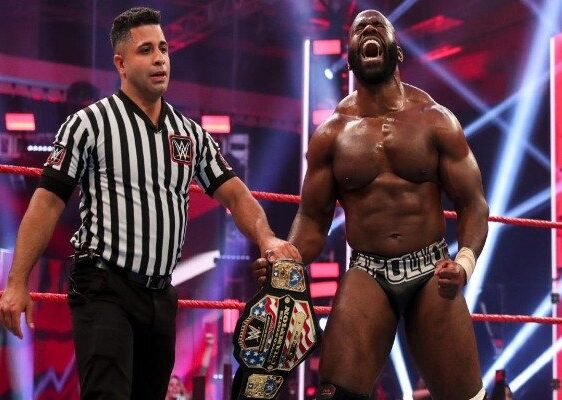 Apollo Crews is one of those committed, exemplary fighters who obeys everything the company dictates without having any complaints. The time was coming, like everyone else in WWE fans, for their efforts to be rewarded once and for all.

In his first opportunity for the championship, things did not turn out as he could think. In addition to being defeated, in what became his golden opportunity, it meant saying goodbye to the fight for the briefcase, which has been talked about so much this month. For Apollo it was a low blow.

Psychologically, it is a hard blow, that everything falls apart, but you can reaffirm yourself, it is what really matters in the world of sports. The difficult thing is to take the first step, and you have been able to take it in a superlative way. Which means he would have his expected rematch.

If we analyze the situation in which Andrade finds himself, we notice that he is not in one of his best moments. The breakdown of his trust group made him not live up to an Apollo who had set the course of the championship. Zelina saw it coming.

Having this woman at the foot of the ring, makes us empathize with her in terms of her reactions, no one better than her, she experienced the harshness of the combat. By two mortals backwards, Andrade was a dead man. He lost the most precious thing he had, the title of the United States.

The words of Apollo Crews

After the incredible victory of the applicant, Kayla entered to get his reaction, after taking the title for the first time that he will have to defend tooth and nail. He answered excitedly, he had fought against himself and then with all his opponents, to achieve something that means a lot to him.

A new horizon opens for Apollo. Fights in the monthly events, which will see thousands of people. Those struggles that Apollo has not had. For the first time, he will have to defend his precious title, especially those who want the same. He has become the envy of the roster with the championship. Hopefully his reign will be long and prosperous.