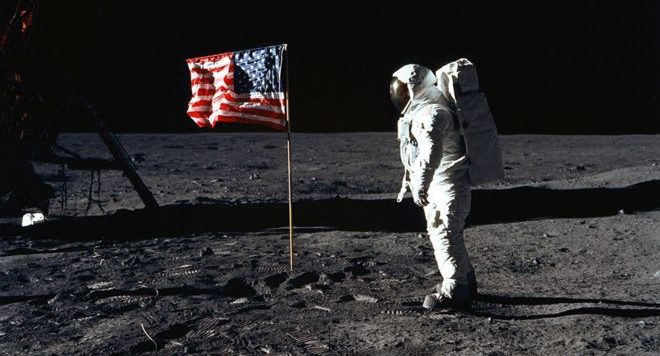 The reality of the descent to the Moon, which many people claim to be fake, has been proven on the Internet. The Apollo 11 mission has been at the heart of conspiracy theories for many years. Researchers refuted these claims.

For the first time in history, with the mission of Apollo 11, the foot of the Moon was stepped on. Since then, claims have been made that this landing is not real, that the shared images are Hollywood-made fake images, and that the public has been deceived.

Paul Sakakeeny, a former computer scientist at MIT, served as an expert at NASA to oversee operating systems during his Apollo 11 mission. When asked about the allegations, Sakakeeny said, “I can say that the landing on the moon is absolutely true.” Sakakeeny later explained why the landing was not a fake.

If there was a simulation, the result would be erroneous:
While the researcher said that they used simulations primarily for landing on the Moon, he showed an error in these simulations. If the landing on the moon was a fake, such a thing could not be prepared according to the simulation results because the vehicle was crashing on the ground in the simulation. According to Sakakeeny, the greatest superpower of his time, like the USA, would not have made a fiction that failed him during the Cold War years.

Neil Armstrong and Buzz Aldrin had similar computer problems in the car at the time. Armstrong contacted the support team just before the landing had reported the warning he was seeing on the computer screen. This warning was an overload warning.

The Soviets accepted the reality of landing on the Moon:
The Soviet Union was the rival of the USA in the Cold War at that time. The Moscow administration did not acknowledge that the landing on the Moon was real from the very first day. Yaroslav Golovanov, who was a journalist at the Komsomolskaya Pravda newspaper at that time, explained the USSR’s work on the Moon, saying, “First of all, we kept our privacy so that no one could pass us, and then no one would know that we passed …”

It was only in the late 1980s that they accepted that the USSR was doing the work at that time, and that it was the USA that won the space race. Articles on the subject can be found on the Internet.

Who is the First Ruler in the World?