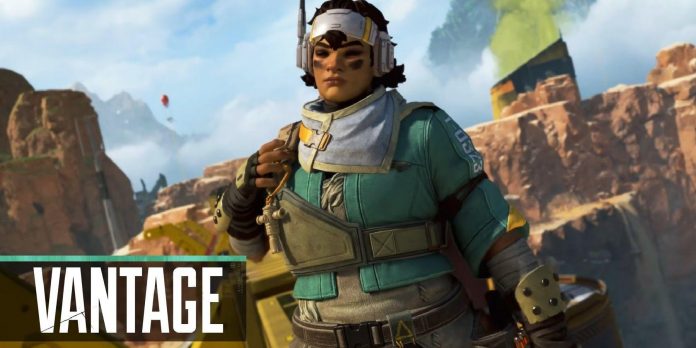 Every battle royale game has a community of fans who want to outlive their opponents with unique strategies and aggressive games, and Apex Legends from Respawn Entertainment is no different. One Apex Legends fan discovered a Vantage trick that can save teammates who have fallen into lava, and otherwise they would have been eliminated for the rest of the match.

Since the release of Apex Legends in February 2019, the maps included in the Battle Royale rotation have featured lava, which often causes players trying to enter the ring to fall as the storm approaches. Vantage is a hero who was introduced to the game with Apex Legends Season 14, and she has a useful tactical ability that allows her to avoid unpleasant situations, such as lava, which more easily endangers other characters. Reddit user NootoriousPingu has found a unique way to bring knocked-down players back from the lava with the Vantage trick, which may become common as more Apex Legends players are exposed to it.

The NootoriousPingu Apex Legends clip, illustrating the Vantage lava technique, begins with the player approaching a lava crevice in the land of the Edge of the World near the destroyed Capitol. Looking at his Apex Legends teammate who was killed by a river of lava, NootoriousPingu shows that the Vantage Echo Relocation tactical ability can be used on a fallen player. After advancing Vantage to his ally’s death crate, NootoriousPingu indicates that Apex Legends players will want to spam the interaction button in order to properly receive their teammate’s banner card so they can be revived at the respawn station.

You can get teammates’ banners in lava with Vantage! from apexlegends

Vantage has a very limited time to interact with the death box during Echo Relocation due to the animation associated with it, and NootoriousPingu stated that jumping at any point during this process could slow it down or lead to premature death. According to NootoriousPingu, their technique works in several places, and their clip shows how the player successfully reaches his ally from different sides to prove that the Vantage trick is not a one-off. This method can be used to rescue teammates anywhere in the lava, except for the POI Harvester of World’s Edge, which will kill any Apex Legends hero, including Vantage.

One player suggested using the tactical ability in a different way, but NootoriousPingu had already considered alternative methods and found that any changes in movement or order would prevent players from reaching the death box. While some players have stated that they have never had a problem falling into lava, others have suggested that their teammates will have to play for Vantage Apex Legends to save them, as a squad member in the NootoriousPingu video.

Why the MCU era of “Guardians of the Galaxy” ends on...

After months of no news on Pirates of the Caribbean 6,...