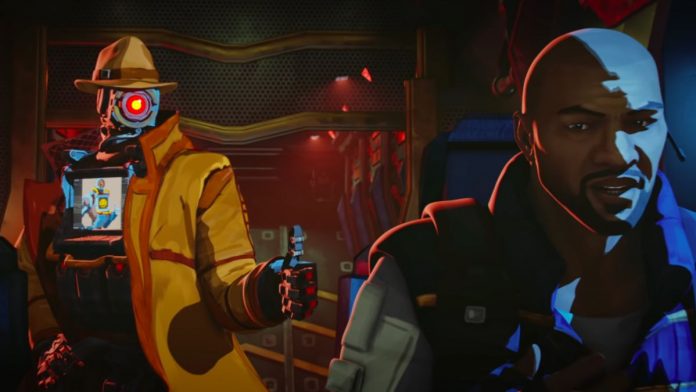 Respawn Releases Another Stories From The Wildlands Video; an impressive seven-minute short film focused on the figure of the friendly robot.

We have a spectacular new Apex Legends animated short, this time starring Pathfinder, the game’s cute robot. But far from being a bunch of jokes and nonsense, a tribute to his personality, Respawn Entertainment has surprised us all by doing just the opposite. In Combat Evening, which is the name of this new chapter of Stories from the Wild Lands, the company has opted to make a detective short that captures the spirit of the best police noir and enters into dramas and stories of failure and self-destruction. Throughout the seven minutes it lasts, we are given new information about Pathfinder and the creator of it, but it also leaves us wanting that there is an Apex Legends series or movie that takes advantage of such talent and effort when it comes to encourage. Although the latter may be due to the end of the video, which has us on the verge of tears and has made us sensitive.

The challenges of Apex Legends for 2021

The Respawn battle royale, which is available in free to play format for PC, PS4 and Xbox One, ends the year in the middle of Season 7: Ascent. A season that, as usual, has left us a new map, Olympus, and a new legend, Horizon, this time also accompanied by several Christmas gifts, such as a new vehicle, Trident, the departure of the game on Steam and the arrival of the club system and qualifiers, among other things. As you eat the grapes and make your wishes for 2021, Apex Legends should keep the Nintendo Switch version in mind, which will finally arrive next year, two years after the original launch. You should also remember Season 8 (which is scheduled to start on February 8, 2021), and think about the next generation and its promised performance improvements on the PS5 and Xbox Series X / S version. The three things will be essential to continue in the ointment against Fortnite and Call of Duty: Warzone, who want to keep the pulse and also do it without falling into the crunch, on which he has already positioned himself totally against. Four good bases to cement a 2021 of successes and full of announcements and surprises.

Vaz: Libra Will Be The Rival Of Bitcoin (BTC)!