Home Tech Apex Legends shows all the abilities of Fuse 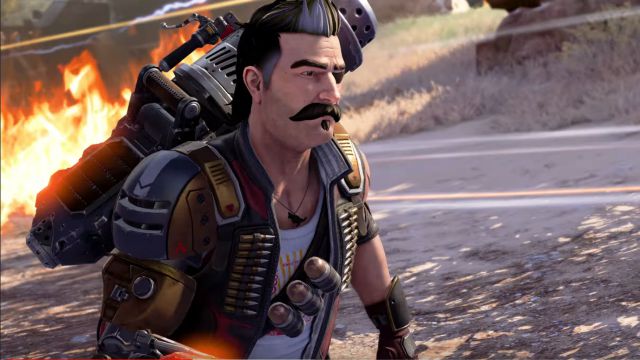 We know the repertoire of abilities of Fuse, the new Apex Legends champion who will land in the battle royale on February 2.

Apex Legends welcomes Fuse, the champion who will join the battle royale as part of Season 8. Launching on February 2, Respawn Entertainment shows in motion the abilities that this mercenary of explosives will have.

Fuse, all the skills of the new champion of Season 8 of Apex Legends

In the trailer, which you can see at the bottom of this paragraph, we can see in detail how he uses his repertoire of actions, both his passive and active bonuses. Then we leave you with them in detail:

Passive Ability: Grenadier | Fuse launches the grenades further, faster and with greater precision. He can store 1 extra grenade in each grenade slot in the inventory.

Tactical Skill: Concussion Cluster | Fuse can arm his robotic arm with a grenade that explodes and launches a cluster of concussion mines.

Ultimate Skill: The Mother of All Charges | Use your Wally, a giant rocket launcher, to mark an area on which to launch an explosive air attack. The entire area will be surrounded by a circle of flames that prevents the advance of those who are trapped in it.

As we said, Season 8 will begin on February 2 on PS5, PS4, Xbox Series X | S, Xbox One and PC. Along with Fuse will arrive all the news around the Canyon of the Kings, which will modify the design of some areas already explored. If anything, it remains to be seen how far they feel in the game.

Fuse and the rest of the champions will be able to make use of the new 30-30 repeating rifle. Additionally, the Battle Pass (Havoc) will feature “over 100 items” of customization, including weapon skins, characters, new profile holograms, and more. The update of adjustments and corrections is pending.