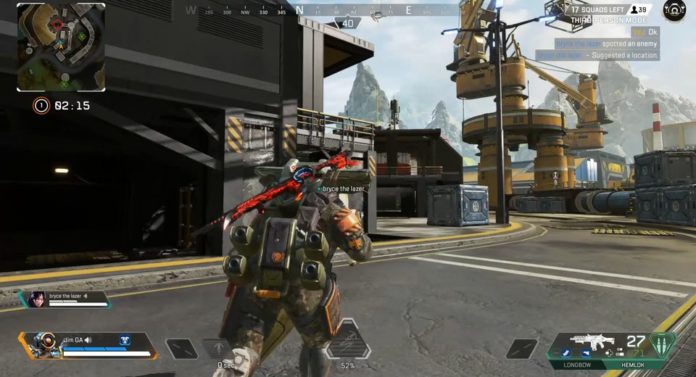 The Battle Royale game Apex Legends, which was nominated in the “Multiplayer Game of the Year” category at the DICE Awards, recently got a new mode called “third person mode”. According to the official Twitter account of the game, this mode will be playable only until tomorrow.

The Battle Royale game Apex Legends, released by Respawn Entertainment early last year and competing with its rivals such as PUBG and Fortnite, continues to gain new features. The game, which infuriated many users with server problems at the end of 2019, can make its active players laugh with the innovation added today.

Regardless of mobile, console or PC, our perspective is very important for a game. First-person viewpoint or third-person viewpoint are some of them. The innovation brought by Respawn Entertainment to Apex Legends is also about these perspectives. According to the announcement made on the official Twitter page of the game last night, players will be able to use the third-person mode for a short time in Apex Legends.

Third party viewing mode will be shut down on January 20:
It is not known why the developers have added this feature in many games for a short period of time, but this mode can bring a movement to Apex Legends, which has recently dropped the number of players. If you’re wondering what the game’s third-party mode looks like and just don’t want to enter the game for it, you can check out the gameplay video shared on YouTube channel The Gaming Merchant below. If you want to try this mod yourself, it is useful to hold your hand quickly because the mod will be removed from the game tomorrow.

Apex Legends’ recent decline, which is advantageous compared to its competitors, as it is free, surprises many people, but most players think that this decline is normal due to the irresponsible attitude of developer Respawn. We will see together how Apex Legends will take the lead in the coming period, which has gained great interest in its early days and has received the title of free games that has had the best opening month of all time. Finally, if you had the chance to try the third person mode added to the game, you can share your experiences with us in the comments section.

A 17-year-old teenager dies due to coronavirus