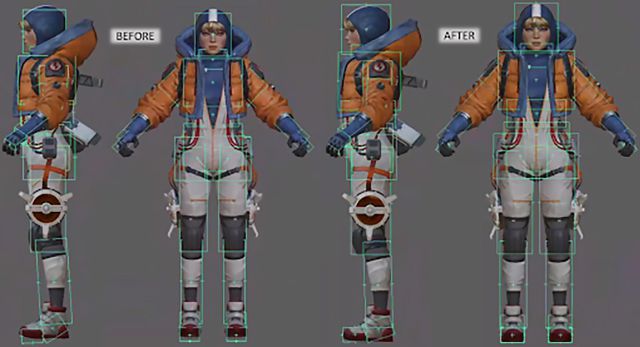 Apex Legends: Respawn Entertainment publishes the Season 11 patch notes in Apex Legends. Wattson receives improvements of all kinds, among other adjustments. Apex Legends now enjoys the contents of Season 11. Ash and Storm Point are the main pillars of the new time frame in battle royale. As usual, from Respawn Entertainment they have shared the settings of their latest patch. You can expect bug fixes, legend balances, weapons, and much more.

Among the highlights is the enhancement of Wattson’s skills. The legend will be able to place her traps in an easier and more agile way than before, in addition to doing it in places higher than her. Of course, his impact box will be larger than so far.

Then we leave you with our selection. You can read the full changes in the source link, at the bottom of the image.

New content: Ash, Storm Point, C.A.R. SMG, map rotation including End of the World and updated ranked ranks.
Improved the response of items being dropped by Watson’s ultimate and tactical ability. Enlarged impact boxes.
Increased damage when crossing a Watson electrical wall by 33%.
Triple-Take returns to ground equipment. The G7 rifle arrives at supply drops with the double-press trigger equipped.
Double Chamber – Every bullet you put into the Mastiff or 30-30 repeating rifle is doubled.
EVA-8 cadence reduced from 2.1 to 2.0.
Peacekeeper reduces his crank action time from 1.5 to 1.25.
Longbow damage reduced from 60 to 55.
Increased the spawn rate of Supply Drops during the start of the game (from 25% to 50%), in the middle (from 50% to 75%), and at the end (from 75% to 100%).
Fixed a butg on Fuse that makes his ultimate cooldown the same with or without the gold helmet.
Improved sound effects for Octane’s jump pad.
Fixed a bug with Pathfinder, which could create zip lines much further than intended.

The Creators Of Bayonetta 3 Change Their Strategy And Want To...