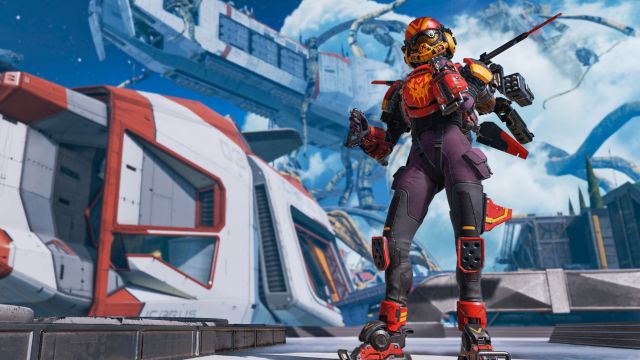 Apex Legends: The battle royale of the creators of Star Wars Jedi: Fallen Order and Titanfall 2 has been the victim of DDoS campaigns.Apex Legends happens like other online multiplayer titles, which in addition to being cheats has to deal with attacks against its servers. DDoS campaigns are not uncommon in products of this style, but Respawn Entertainment’s video game has suffered quite a few attacks in recent months, as published by Eurogamer. By kicking people off servers, cheaters rise through the ranks. However, the developers have stressed that they are already working on a possible solution.

The studio takes the matter very seriously and has already expelled players, but has also pointed to the possibility of taking legal action against characters who use this trick. Respawn is working on a more permanent solution, as Conor Ford, one of the security officers at Apex Legends, has hinted.

“Our Samy Duc [lead software engineer] is taking care of the DDoS problem as we speak. It is not the simplest arrangement in the world, but huge steps are being taken, ”he reveals. “31 cheaters have been banned today in the meantime. We worry and we are frustrated like the players ”.

The DDoS situation is being addressed as we speak by our very own @ricklesauceur. It isn't the easiest fix in the world but huge steps are being made to take care of this. 31 abusers were shadow banned today in the meantime. We care and are just as frustrated as the players.

With some problems when it comes to materializing these penalties, Respawn Entertainment has also focused on expelling those cheaters who quit in the middle of the game, as long as the team is complete. Once the expulsion has been applied, the admonished player will have to wait 10 minutes to enjoy the title again in Arena Mode.

Apex Legends is available on PS4, PS5, Xbox One, Xbox Series X, Xbox Series S, PC, and Nintendo Switch; It will also be out on mobile devices in the near future. The game works under the free-to-play model, that is, it is free but it has microtransactions. Currently, players can immerse themselves in Season 9 of the Battle Pass, waiting to find out what’s to come next.

It looks like another PlayStation exclusive is coming to PC soon