Home Entertainment Apex Legends Players Want to get a Buff for Newcastle due to... 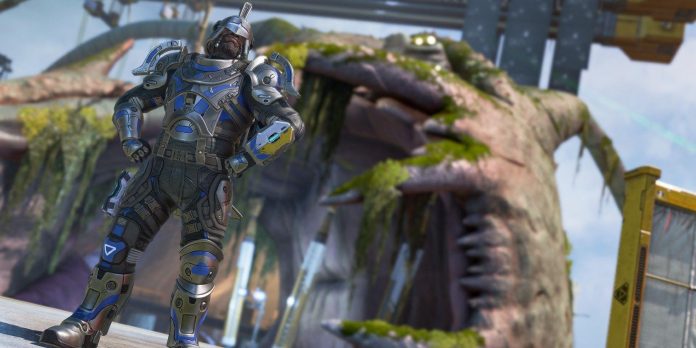 With each season of Apex Legends, the list of playable characters continues to grow. Currently, the total number of legends in the game is an impressive 21. With such a diverse list, it’s clear that the popularity of some characters has declined in recent seasons as others have become part of the current meta. One of the legends with a low selection coefficient is Newcastle, the heroic defender and brother of Bangalore.

Introduced as a character in the 13th season of Apex Legends, Newcastle can become a walking fortress for his team on the battlefield. With a number of defensive abilities, he can be of great benefit to his team. For example, his Ultimate called Castle Wall allows him to jump long distances and deploy an electrified citadel next to his teammates. Despite such abilities, his popularity has plummeted, which is why some fans have called on Respawn Entertainment to strengthen him.

In a post on Reddit, a user known as ZantWasTaken shared an image showing the frequency of selecting various legends in the 13th season of Apex Legends. According to a chart based on Apex Legends Status data, Newcastle had a terrible selection rate of 1.6%. This low popularity tied him to the least-chosen legend in the Crypto battle royale and put him even below Mad Maggie, the Season 12 legend who had a 1.9% selection rate.

Newcastle is now the least chosen legend from apexlegends

Since ZantWasTaken posted these choice metrics on Reddit, many members of the Apex Legends community have expressed their opinions. With over 4,400 votes in just one day, some fans wanted Respawn to potentially strengthen Newcastle, while others pointed out the weaknesses of the character set. For example, some compared the “Legend” with Gibraltar, and one gamer claimed that the abilities of “Newcastle” are more difficult to use effectively. In addition, another player added that the “Mobile Shield” in Newcastle is not impressive, as it is too easy to destroy compared to the “Dome of Protection” in Gibraltar. Interestingly, one player even stated that Newcastle seemed to be playing worse in less qualified lobbies.

However, some believed that there were other reasons for the low rate of selection of Newcastle, in addition to unsatisfactory form. Some argued that the popularity of the characters in Apex Legends did not always correlate with their viability in battle. “I’m tired of saying this. Low selection rates don’t always mean that a legend has problems,” DoughnutSignificant9 said on Reddit.

While the community continues to debate how to make less popular legends like Newcastle more viable in the battle royale, Apex Legends has already started teasing the next character expected to be added to the game. Rumor has it that they, known as Vantage, are part of the Recon class in Apex Legends with abilities that provide information to their teammates. Time will tell how this possible new Legend may affect the frequency of selection of existing heroes, such as Newcastle.