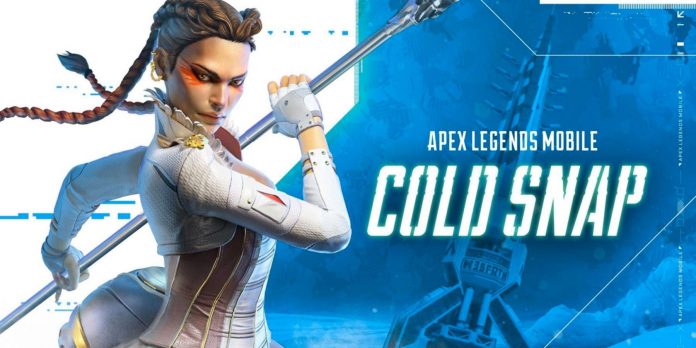 The last few weeks have been filled with content that Apex Legends fans can check out. While the base game for consoles and PCs launched season 13 last month, a mobile version of the game has also been released recently. Since the launch of Apex Legends Mobile, more than 23 million players have downloaded it. Recently, fans have received a bunch of new content for a mobile game.

On June 14, mobile players received an update of the first season called Cold Snap for Apex Legends Mobile. With the launch of this update, players can now experience a new Climatizer city capture on the World’s Edge map, as well as a new “frost grenade” and a combat pass. In addition to these highlights, the developer announced that the fan-favorite character from the console and computer versions of the game is now available on mobile devices.

RELATED: Some Apex Legends Players are Unhappy with Match selection in the new Rating system for Season 13

According to an update from Respawn Entertainment, Loba, the traveling thief, is now available as a playable character in Apex Legends Mobile. However, it is not just moving to mobile platforms. Instead, the developer noted that players can unlock legendary power-ups for Loba in Apex Legends Mobile, which change her gameplay. For example, one of her perks allows her to steal player banners.

For gamers who want to play for Loba, it is available after reaching level 25 in the combat pass of the first season. However, the legend can be unlocked immediately from the store regardless of the level of the combat pass, starting on Thursday, which means that the teleporting legend should become a frequent fighter on the battlefield in the coming days.

This news about Loba’s arrival in Apex Legends Mobile is likely to interest many fans of the franchise. While the mobile version of Battle Royale introduced a new legend of the series called Fade, there were some glaring omissions at launch. In fact, at the time of release, only 10 legends could be played, which is far from the 21 currently available in the base game. This recent addition of Loba probably gives some fans hope that more classic characters will eventually move to the mobile version of Battle Royale.

It will be interesting to see how fans will take the Season 1 Cold Snap update for Apex Legends Mobile in the coming weeks. Although Apex Legends isn’t the only battle royale on the market with a mobile version, the developers seem to be doing their best to make it stand out from the crowd. For example, Respawn Entertainment noted that even more updates are planned for Apex Legends Mobile in the coming days. Hopefully, this ongoing support will lead to a satisfying gameplay experience for those who immerse themselves in the action on mobile devices.

Apex Legends Mobile can be played on Android and iOS devices.

How Can Your WhatsApp Account Be Stolen With An SMS?