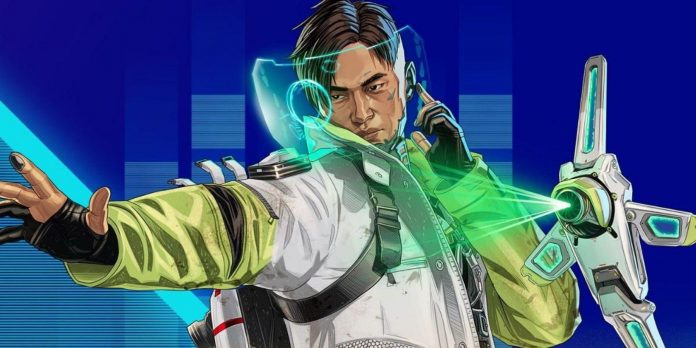 Mobile games have come a long way over the past few decades. Starting with Snake and Breakout on old Nokia phones, since then the mobile game industry has grown exponentially, gaining unfathomable popularity thanks to games such as Candy Crush, Bloons Tower Defense and Angry Birds. In just the last few years, the mobile gaming market has made another huge leap: more technically advanced phones provide more impressive gaming capabilities. Now mobile gamers are not limited to simple arcade games: huge games like Fortnite and the recently released Apex Legends Mobile are available for free with just one touch.

Released back in May of this year, Apex Legends Mobile is a direct port of its console and PC counterpart, and in this it impresses. Thanks to a number of different controller options and graphical settings, Apex Legends Mobile works surprisingly well on mobile devices and very closely conveys the same gameplay sensations as its older brother. Respawn also seems to be allocating quite a lot of resources to Apex Legends Mobile as it receives a steady stream of updates, the latest of which has added the infamous Legend Crypto to the game. But fortunately, it’s not as redundant as its console iteration.

Differences of the Apex Legends cryptocurrency in the mobile version

Crypto is by far the weakest legend in Apex Legends right now, and has been since its introduction back in season 4. With a tactical ability that requires the player to remotely control the drone, leaving himself wide open to attacks, and an Ultimatum that often harms the player as well as his targets, Crypto is a pretty redundant scout. Simply put, when there is a Bloodhound with clearly the best universal abilities, there is simply no reason to choose Crypto. At least not in the regular version of Apex Legends.

However, when it comes to the mobile version of Apex Legends, Crypto may prove to be a worthy teammate. Although all of Crypto’s abilities have remained the same, the mobile version of the character has a few extra tricks up its sleeve. Firstly, the weaknesses of Crypto are still definitely present in Apex Legends Mobile. Surveillance Drone Tactical’s ability still requires the player to stop their actions and manually control the drone, and Drone EMP Ultimate can still throw back and slow down teammates if they are caught nearby. But Crypto’s big change in Apex Legends Mobile is that his drone can now automatically follow him for a limited period of time, all the while spotting any enemies in the area.

Naturally, this change will dramatically affect how Crypto plays. While players can still use the drone manually, the ability to scan an area and automatically follow Crypto finally makes Crypto a valuable team asset, almost comparable to the Bloodhound’s basic tactical ability. In addition to this, Crypto also has a number of benefits, a system unique to Apex Legends Mobile. As players continue to use the legend, they gain more experience, which then increases the level of the character and unlocks a number of perks. These abilities can greatly improve the basic abilities of the legend.

When it comes to general perks, Crypto has six to unlock. The first one, “Self-Destruct”, allows the Crypto drone to explode, dealing damage to all enemies on the way. The “hidden user” makes Crypto translucent when manually controlling drones, which is a great incentive to use his tactics at least once. The “System scan” allows the drone to determine the enemy’s health and armor level. “Lag Bomb” gives the drone the ability to launch an EMP bomb. “Shut Down” gives maximum physical damage to Crypto, not just a shield. And the last perk, “Rescue Operation”, gives Crypto drones the ability to retrieve items for the player. These changes are of great importance for Crypto to feel like a viable legend this time.

Apex Legends Mobile is now available for iOS and Android.

Call of Duty: Warzone Players disappointed with the removal of the...