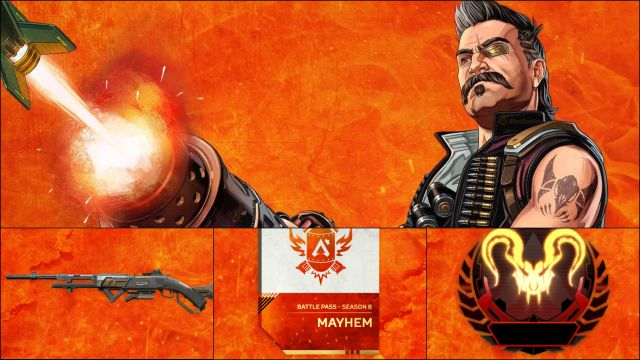 Respawn Entertainment publishes the launch trailer for Apex Legends Season 8. The news will arrive from February 2.

Apex Legends presents the launch trailer for Season 8. The new content, which will arrive on February 2 on PS4, Xbox One and PC, has as its main protagonist Fuse. This champion will have a powerful missile launcher on which almost all of his abilities will revolve.

The video shows in real time the main novelties of him, which will follow in the wake of everything raised in the previous one. You can see it below:

Apex Legends Season 8, what do we expect?

What we know so far about Season 8 of Apex Legends is mainly due to the presentation of the next addition to the arsenal. The 30-30 request rifle aims to dominate the game at medium and long range, given its characteristics as a hand-cranked carbine. We do not know at this time what type of ammunition it will use and what number of accessories will be compatible with it.

On the other hand, the Battle Pass (Havoc) will feature “over 100 items,” including Legendary Skins, Holographic Sprays, Apex Packs, and other items. It will also take place at the start of Ranked Season 8, along with the usual restart.

Beyond all the news, the new design that will follow the Canyon of the Kings, the original map of the battle royale, becomes relevant among the community. As stated in the official description, it has been “destroyed” after the arrival of the character: “The entrance of Fuse has drastically changed the Canyon of the Kings,” they explain, but not before placing us soon.

As we said at the beginning, Season 8 will be available on February 2 on PS4, Xbox One and PC. Thanks to the next-generation backward compatibility service, the game is seamlessly accessible from PS5 and Xbox Series X | S. In the case of the compatible platform, you can access it through Origin and Steam.