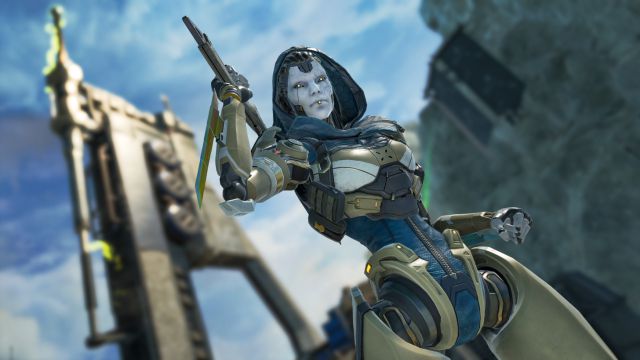 Apex Legends: Respawn Entertainment and Electronic Arts announce the Apex Legends: Resistance update in a new trailer. Apex Legends continues to add new content. Respawn Entertainment’s battle royale has introduced Resistance, the next update to the video game. It has done so through a trailer in which we can see the new Legend in action, nothing more and nothing less than the fearsome Maggie La Fiera. The launch? Next February 8 on all platforms.

According to the press release, Maggie La Fiera will burst into the Arena “like a wrecking ball”. She is a ruthless punk-rock warrior, something that can be seen in her aesthetics. They define her as “the most evil of the Lands Savages”, although she is already known to fans due to her old friendship with Fuse, not to mention her previous appearances in the Apex Legends universe.

What about the new generation version?

Electronic Arts anticipates that there will be more information about Apex Legends: Resistance before it is officially released. Nothing is known about the native version that Respawn Entertainment is preparing for the new generation of consoles. In any case, they detected the presence of the PS5 version in the PlayStation Store, so it is a matter of time before the product sees the light. Respawn itself admitted that they were working on it, although they did not promise anything about it.

Apex Legends is a battle royale that works under the free-to-play model, that is, it’s free but it includes microtransactions. In its debut it was available on PS4, Xbox One and PC, but later a version for Nintendo Switch was published. On the horizon are native versions for Xbox Series X, Xbox Series S and PS5, which now work through backward compatibility, and an adaptation for iOS and Android mobile devices.

Respawn Entertainment is also developing the sequel to Star Wars Jedi: Fallen Order, a production that leaks place for this year.

No Man’s Sky Player Built a Replica of Andy’s Bedroom from...

The Mandalorian (Disney +) shines at the 2021 Emmys