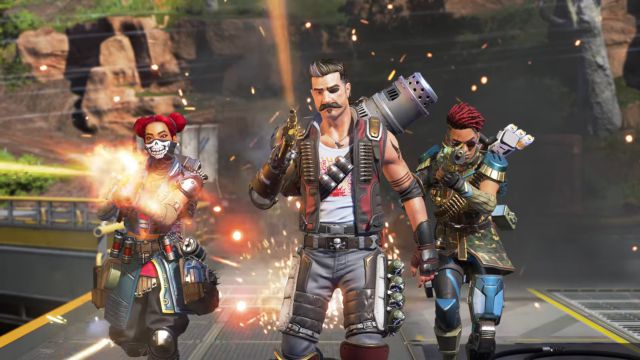 Apex Legends: The study denounces, however, that this action has caused the developers to do hours of extra. Respawn Entertainment’s battle royale Apex Legends has suffered from cheats and hackers. Recently, some players discovered that they could not matchmaking because a message appeared instead of the playlists that referred to the situation of Titanfall. The studio has taken a few hours to release an update to get rid of this problem. At the same time, they have also had to solve the problem of DDoS attacks, something common in many multiplayer products. In a lengthy thread, Ryan K. Rigney, communications director, has stated that the hackers “have achieved nothing” with their actions.

The head of communication has retweeted an article by The Gamer in which they point out that the only thing they have achieved is to make the developers work more than necessary to correct a problem that should not have been present. “Nobody wants to hear developer complaints when DDoS attacks are still a problem we haven’t solved, but this article is true. I was holding my newborn nephew when I discovered the Apex hack. ” The developer was forced to put aside his family activities to return to work, so he lost a day with his family.

DDoS, a problem that will be solved

As for DDoS attacks, he recalled that Respawn is aware and has expressed it this way on numerous occasions, but also maintains that it is a “very difficult to solve” problem. And he adds: “The team has never stopped working on solutions for DDoS”, the fight against cheats “is a war without end.” However, “on the DDoS front we are going to figure it out. When we do, I promise it won’t be because hackers “tipped us off” and ruined our vacation. They have not achieved anything of value. ”

Why Single Player Mode will never work in Apex Legends