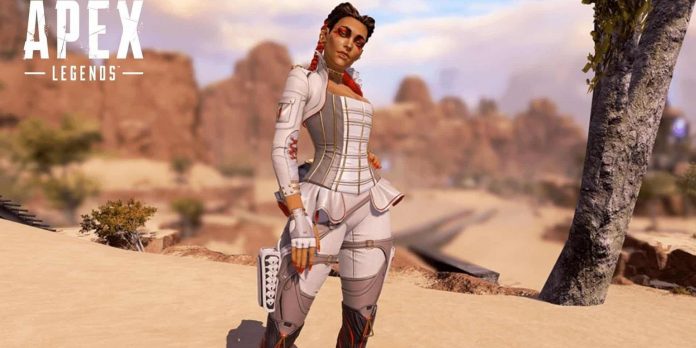 Respawn Entertainment recently released the comic strip Apex Legends, in which Loba and her partner Jaime break into an auction house to steal a pair of gems. The story takes place before the events of the game, and Loba is quickly distracted by another expensive prize: a fan that used to belong to her now deceased mother. Those who want to see how the story develops, it’s better to read the comic themselves, but, in short, Loba’s greed allows her to do not only a fan.

Apex Legends fans who don’t know about the game may not know much about Lob Andrade. Born to Marcos and Alanza Andrade, Loba was orphaned after the simulacrum killer Revenant killed her parents as part of a hired job. Despite the fact that he was transferred to a foster family, Loba began to learn the tricks of a thief and began his life as a famous cat robber. Her entry into the auction house was just one of many works, but it also allowed her to rekindle a relationship with her now deceased parents.

Theft in the blood

Although Loba may not have known about it at the time of her parents’ death, both Marcos and Alansa Andrade were known thieves themselves. Her father, Marcos, worked his way up the food chain; starting with petty theft before moving on to larger schemes. One of these schemes took place at a party where his future wife Alanza was. Alanza with an expensive bracelet attracted the attention of Marcos, who soon charmingly entered into conversation with her. He managed to escape with her bracelet, but not before Alanza stole Marcos’ communicator. Later they met and discovered their real occupations, after which they decided to enter into a partnership and eventually fell in love. This love turned into a marriage, which then led to the birth of Loba.

As for the circumstances of the deaths of Marcos and Alanza, it turns out that Marcos stole something from someone who was associated with a Syndicate – a conglomerate of mercenary companies. This man organized an attack on Marcos, who was then spending the evening with his wife and daughter. The murderous nature of the Revenant and what was once known as the Andrade family quickly dwindled down to the Loba itself. The Revenant’s actions aroused Loba’s contempt, which is the main reason why she took part in the Apex Games as soon as she discovered his involvement in them.

What’s with the fan?

As for the fan that Loba stole from the auction house, it looks like this item is likely to become Loba’s heirloom in Apex Legends. Fans of the traveling thief have been demanding the Loba relic for quite some time, since other legends released after it (for example, Valkyrie) already have their own relics. It has been 9 seasons since Loba appeared in the game, which made her one of the legends who have not received their heirloom for a long time.

There has been speculation that Loba will receive his family heirloom this season, and the comic almost certainly confirms this. Firstly, the fan stolen by Loba is a real family heirloom that used to belong to her mother Alanza. In its current state, the fan looks quite worn and worn. But knowing Loba, she will quickly return the mother’s fan to its original beauty and decorate it with wealth and technology befitting her thievish nature. The last panel of the comic says that the story “continues,” so it’s likely Respawn will release more comics about Lob, Jaime, and heirloom Andrade as Apex Legends approaches its inevitable mid-season collector’s event.

Grace and Frankie: Part 2 of Season 7 Gets Premiere Date;...

Star Wars: Who would you be the Sith of the Old...