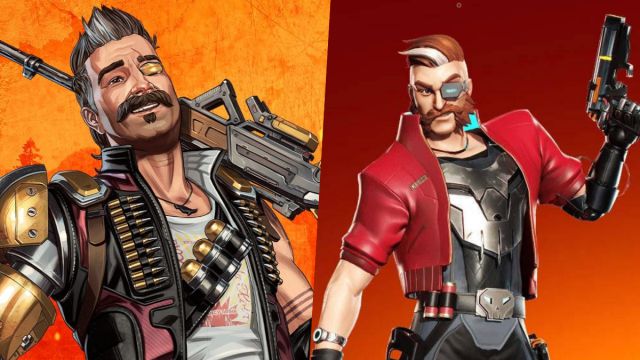 NOWAA ensures that the Electronic Arts developer has been inspired by one of its designs; Respawn and EA have not responded yet.

Season 8 of Apex Legends will begin on February 8 and will bring juicy new features, including a new Legend. It is about Fuse, a mustachioed man who wears a patch over one of his eyes and who presents himself as a strong character and armed with a powerful missile launcher. And for missiles, the one launched by the independent study NOWAA, authors of BulletVille, who have accused Respawn Entertainment of alleged plagiarism. In a note sent to the media, they assure that the creators of Titanfall 2 and Star Wars Jedi: Fallen Order have been inspired more than necessary by one of their designs. At the moment, neither Electronic Arts nor Respawn Entertainment have issued any statement in this regard.

The one who has spoken has been the independent developer, who has written the following words: “We are very happy that the Apex Legends team liked Hunter’s style to the point of recreating it in Apex Legends. We even expect a possible crossover! “, Says the company representative without hiding the irony. “However, being a small and independent studio that has not released their game yet, we are afraid that they will tell us that we have plagiarized Apex Legends, which is not true.”

In touch with EA’s indie label

PC Gamer has contacted the CEO of NOWAA, Yohami Zerpa, who explained that the studio has been in contact with EA Originals, the indie games label of the North American company. This relationship started in early 2020 and included demos in October and November of last year. “I don’t necessarily think there is a connection between EA Originals and the folks at Respawn, but it goes without saying that EA knows who we are to say the least.”

Apex Legends is a battle royale available as free-to-play on PS4, Xbox One, PC, and next-generation consoles. It will also be released on Nintendo Switch.

This time Epic Games will offer its game series for free!