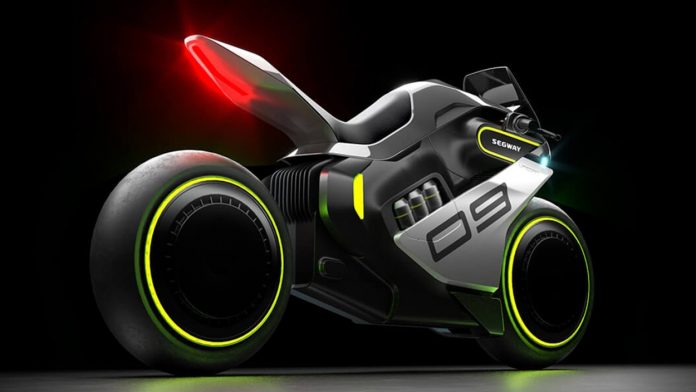 Apex H2 introduced. Segway announced that it is producing a hydrogen fuel cell sports bike. The Apex H2 has a design as if straight out of the Cyberpunk universe. Segway is a company famous especially for its cheap electric scooter series sold in China. The new engine it announced is classified as a “super scooter”. The Apex H2 is a light engine with sporty lines, capable of reaching speeds of 150 km / h.

How does Apex H2 work with hydrogen?

Apex H2 features a hydrogen-electric hybrid powertrain. Gaseous hydrogen stored in tanks is converted into electrical energy through a fuel cell. The converted electrical energy powers an electric motor located at the back. In addition, there is a battery in the engine. This battery enables the engine to start at the first stage. There is an exhaust outlet just in front of the rear wheel of the engine, but the only thing that can come out of there is water vapor.

Segway did not provide any tank size and range information regarding the Apex H2. Segway is waiting to receive 99 orders to start mass production. He states that after these orders, he will launch a crowdfunding campaign. The first deliveries of 99 engines are expected to begin in 2023.