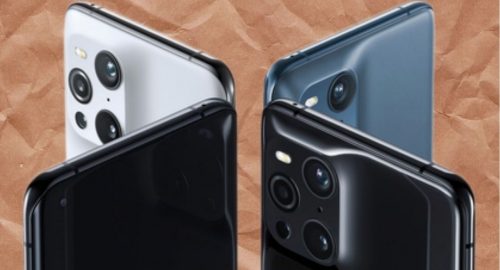 Details about the upcoming flagship device of Oppo, one of the young brands of the smartphone market, come to light. Oppo Find X3 features and launch date have been leaked. The camera and screen details of the device, which stands out with its AnTuTu score, also stand out.

The device, whose AnTuTu score was leaked before its official launch, attracted attention by exceeding the 700,000 band in the test it entered. The phone, which got a high score in the performance test, is powered by the Qualcomm Snapdragon 888 processor. While the RAM capacity of the device will be 12 GB, it is also revealed that it will have 512 GB of storage space.

Oppo Find X3 features display capabilities as well as hardware. Device; It has an OLED screen with a size of 6.7 inches, resolution of 1440 x 3216 pixels, HDR 10+ support. In addition, this screen will be presented to the consumer with a refresh rate of 120 Hz.

The camera capabilities of the phone are also not modest at all. Find X3 has quad rear camera setup; There will be a 50 Megapixel main camera, 50 Megapixel ultra wide angle lens, 13 Megapixel telephoto and 3 Megapixel macro lens. Oppo Find X3 allegedly has a 32 Megapixel resolution lens on the front camera side.

It has been suggested that the phone, which is said to have the Android 11 operating system, has a battery capacity of 4,500 mAh and will support 65W wired, 30W wireless fast charging.

In addition to the features of the phone, when the official announcement will be made was among the leaked information. It has been suggested that Oppo Find X3 will be introduced in March and will be available immediately afterwards.