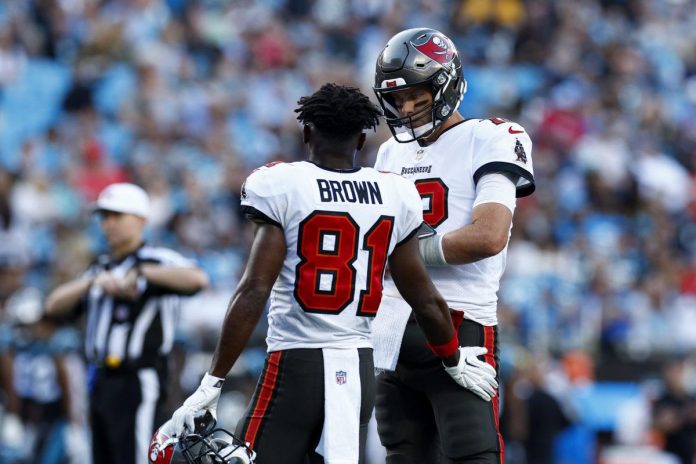 Tom Brady took a short break from the Tampa Bay Buccaneers training camp before the start of the 2022 season.

Although a break from camp was planned, according to the team’s statement, the details of his absence are unclear. Numerous reports have said that Brady just wants to be with his family.

However, not everyone agrees with his decision. On Wednesday morning, former Buccaneers receiver Antonio Brown made it clear that, in his opinion, Brady is treated in a special way.

“Tom Brady manipulating the game gets 14 days, go home, collect your thoughts, lol. Now you see the difference. Turn that shit on,” Brown said this morning.

Brady enjoys privileges, but at this stage of his career it is deserved. After seven Super Bowl titles, the 45-year-old quarterback deserves a break to spend with his family before putting on a chin strap for next season.

Meanwhile, Brown is a player who walked off the field in the middle of a game—probably his last moment in the NFL.

Urgently: The NFL has released a statement on Deshaun Watson’s decision