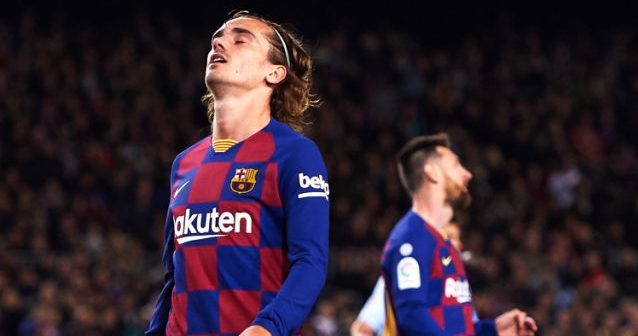 Since the traumatic departure of Neymar Junior, Barça has copied the transfer policy that Real Madrid had been carrying out. First shoot and then ask. The board of directors incorporates great players without taking into account very well how it will integrate them into the system.

If they feel the Barça game model and above all, they do not know what type of players they buy. In fact, it is quite simple to find parallels between the situation of Antoine Griezmann and Philippe Coutinho. Lost, off and without finding his role in the team, the Frenchman travels the Brazilian way.

“I did not sign Philippe Coutinho as a forward. I signed him to be the relay of Andres Iniesta because he has the conditions to be a midfielder in Barça ”, the words of Robert Fernandez in COPE are illustrative in this regard. The Brazilian was not comfortable at any time despite playing in many different positions, he did not form partnerships with the Barça cracks, much less understood the game. Of course, he didn’t just give Leo Messi what he needed so Barça’s ‘10’ and the current Bayern Munich player didn’t connect. He did not find his place. Family situation, right?

And why did Barça sign Griezmann? As if it were a ‘dejavu’, Antoine Griezmann has arrived at Barça with the wake of a differential player under his arm. To add scoring threat and determination. However, both its figures and its football expression on the pitch show us that its adaptation is not being easy. The world champion with France feels the game in a very different way than Barça does, can he adapt?

While he is sacrificing himself to play in the left wing – perhaps where it fits the worst – and not colliding with Leo Messi’s range in central areas, his offensive numbers are really poor. More focused on support than the breaking of the break, the loss of Jordi Alba has not helped in this regard, since the French have had to double tasks in the offensive phase. If in the League he averages 1.5 shots per game and adds 4 goals and 3 assists in 11 games, in the Champions League he accumulates less than one shot per game (0.8) and has not yet produced any goal directly.

How to solve the situation? The answer is complicated, but the solution will come from various aspects, not just the tactic or the board. On a mental level, Griezmann seems to feel an anxiety towards the goal that generates even more pressure. Something that Coutinho already suffered and ended up exploding in a crisis of confidence in his last season. It is essential that a group and a divided hobby that was not very clear if he wanted it in summer or not offer much support, just like his coach.

In this sense, unlike Coutinho, the Frenchman is a player with more resources when it comes to fit in the pieces of attack, he has better reading of the game, more defensive deployment after loss, he is able to break into space and has greater creativity , but like the Brazilian, he comes from feeling the star of his team. Know that everything revolves around him. You are probably in the process of accepting your hierarchical position within the club.

After all, Antoine Griezmann is not an extreme, although he can sting space, nor a center forward, although he has great conditions as far as completion is concerned. His midfielder despite being an attacker can form a partnership with Leo Messi on the balcony of the area, but also, without due tactical work, collide head-on with the Argentina zone. It is the job of the coach and the coaching staff to find a way to integrate their star into the XI of Barça without distorting their talent.