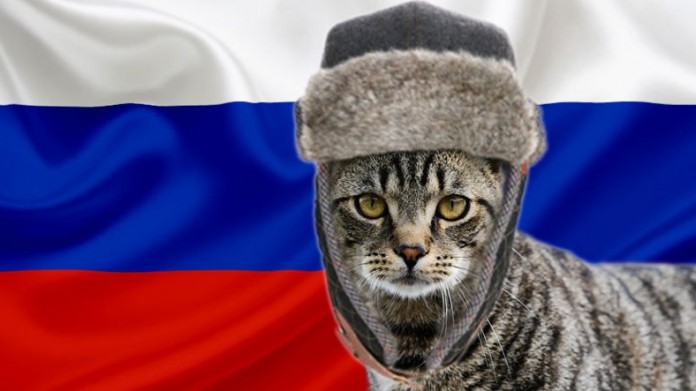 In these days when the sanctions against Russia are highly discussed because of isolating Russian citizens from the world, the International Cat Federation has announced an unthinkable sanction. The Federation banned Russian cats from fairs. Not only their owners, but also their cats.

With Russia’s invasion of Ukraine, the Western world continues to impose heavy sanctions against Russia. These sanctions, which aim to affect Russia’s economy and change the regime with the pressure of the people, are also the subject of ethical discussions, since they are carried out in a way that will ensure the complete isolation of the Russian people from the world.

Today, a sanction statement came, which inflamed these discussions even more, and which would remain normal next to even the sanctions that have been referred to as ‘exaggeration’ until now. The International Cat Federation (Fédération Internationale Féline), whose members include Russia, some South American countries, European countries and China, has imposed sanctions on cats in Russia. Yes, for Russian cats.

Russian cats will not be admitted to fairs:

According to the article titled “Explanation on the situation in Ukraine” on the website of the federation, the FIFe Board stated that they “cannot remain unresponsive” in the face of this atrocity and announced that they have taken the following decisions, effective as of March 1, 2022:

No cat bred in Russia may be transferred or registered in any FIFe pedigree outside Russia, regardless of which organization issued the pedigree.

No cat belonging to exhibitors living in Russia may be admitted to any FIFe fair outside of Russia, regardless of which organization these exhibitors are a member of.

In addition to this decision, the Federation also shared a good decision. The Board decided to devote a portion of the organization’s budget to supporting cat owners who are suffering from the current situation in Ukraine. On the other hand, the sanction against cats is “Russian salad is also prohibited at weddings,” which was said to make fun of absurd sanctions on social media until yesterday. showed that his promise could soon become reality…