Home Entertainment Anthony Mackie (Falcon) Found Out About Captain America 4 Through a Fan:... 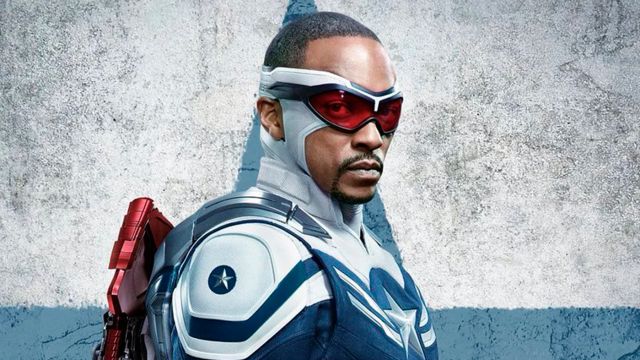 Anthony Mackie: The famous Marvel Studios actor says he knew nothing about the project and that he found out about the new movie in a store through a fan.After the announcement of making Captain America 4 (working title) as a new MCU film after the events of Falcon and the Winter Soldier and whose existence has recently been questioned by the showrunner himself of the series, now the actor who plays Falcon / Sam Wilson in Marvel Studios and who has finally picked up Cap’s mantle, Anthony Mackie, has assured in a recent interview that he did not know anything about Cap’s fourth installment and that he learned the news from a fan in a grocery store.

This is collected by the Entertainment Weekly medium after interviewing the actor, who assures that he has no more information about Captain America 4 than the fans have. So much so, that Mackie assures that he has not spoken with anyone from Marvel Studios on the subject, that they have not yet contacted him and that he found out about the project with the rest of the fans.

“I literally found out yesterday in a grocery store. The guy in the box called Dwayne, he said, ‘Hey man. Is this real? ‘And I said,’ I haven’t heard anything. ‘ That’s what I like about working for Marvel. They call you and say: ‘Come to Los Angeles, we want to tell you what is happening.’ So I’m excited to see what happens, but I have not heard anything, “says Anthony Mackie himself when asked about the fourth part of Cap in the UCM.

On the other hand, the actor also claims to know nothing about a possible second season of Falcon and the Winter Soldier after the statements of a Marvel producer that he saw potential in a season 2 of the show. Again, Mackie knows nothing of a possible second season: “It’s always great to go to work with Sebastian. And Kari, our director, was amazing. It would be a lot of fun doing it, ”he concludes.

Forza Horizon 5 Is Official And It’s Wild: Heading To Mexico...