Home Entertainment Anthony Elanga Believes That There Is Some Truth in Cristiano Ronaldo’s Comments...

Manchester United are currently trying to deal with the fallout caused by Cristiano Ronaldo’s incendiary interview with Piers Morgan, which ended on Thursday.

The interview was wide—ranging, as the Portuguese attacked almost every aspect of the club – from the owners of the Glazers to the new manager Eric ten Haga.

There were also cheap shots at United legends such as Wayne Rooney and Gary Neville, while former interim boss Ralph Rangnik was also not spared.

The club’s outdated infrastructure was also mentioned along with his thoughts on the young players at the club and their mentality.

The forward of the Portuguese national team noted that young players do not care as more experienced players, and they are not in the mood to listen to advice when they are given.

Despite the fact that the seventh number of United was criticized from all sides — from experts to fans, he found an unexpected ally in the United dressing room.

Anthony Elanga said he understands why the 37-year-old said what he said, especially when it came to his views on the younger generation.

Elanga told Aftonbladet: “Cristiano talks about young players in general. We are a new generation. I’m always 100% focused on what I’m doing, but I can understand what he’s saying.

“There are a lot of phones and a lot of technologies. It is quite easy for young players to get distracted and lose concentration. I always focus 100 percent on my work and what I do. The young United players are listening, but I understand what he is talking about.”

Elanga has a lot of respect for CR7.

The club initiated proceedings, according to which the player is unlikely to remain in the “red devils” after the January transfer window. But the graduate of the United academy will still have great respect for the striker.

“He helped me a lot, not only on the field, but also off it. He inspires not only me, but all the young United players. When I’m with him, he hasn’t changed. To me, he’s still Cristiano Ronaldo. He helped me a lot.”

The 20-year-old also admitted that even he had to deal with interviews with so many players and family members who asked what happened and what led to this moment.

“A lot of people ask me about it. Now I’m in the national team. The club is in the process of finding out what was said. When I return to the club team, we will definitely discuss what happened.”

No matter what happens, you can’t bring it back. It left an unpleasant taste in everyone’s mouth. But for all participants, a smooth separation is what will help avoid further media circus around the club. 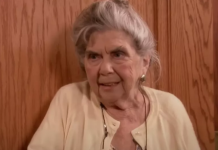 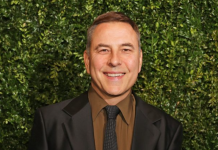 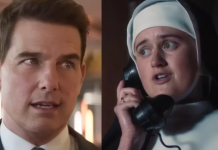 Call the Midwife Stars Give Advice to Tom Cruise, Who Ruined Doubles With His Helicopter

Battlefield 2042: Where To Buy The Game, Price And Editions