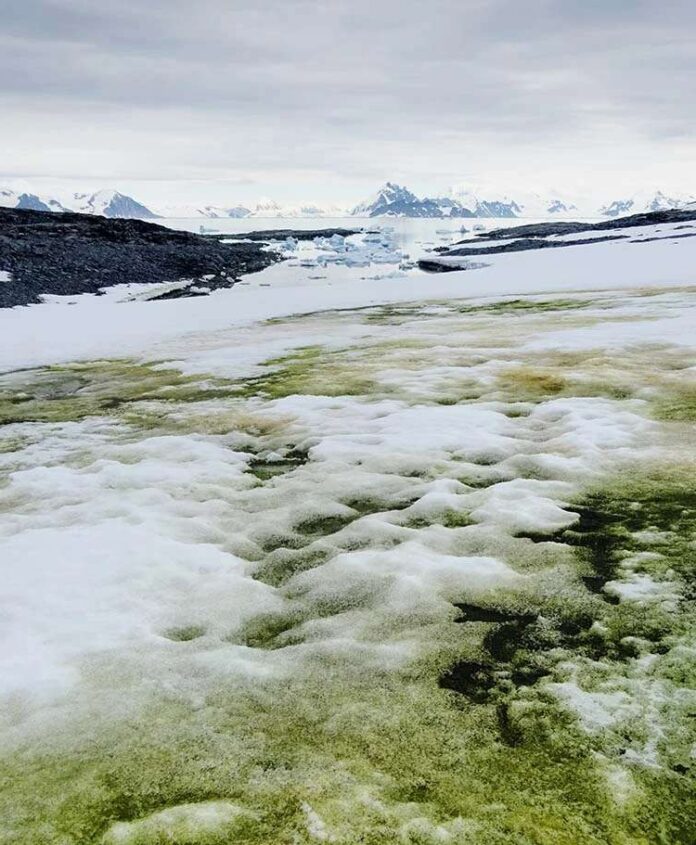 In Antarctica, the snow turns from white to green. The cause ? Communities of green microalgae that become so dense that they are visible to the naked eye. The first map of these green areas was issued by English researchers, the latter seem to be linked to global warming.

With global warming, the white continent of Antarctica is gradually becoming green. We owe this phenomenon to the proliferation of a microalgae which develops on the snow of Antarctica. When present in large quantities, it forms large green spots on the melted snow.

Researchers at Cambridge University have been able to map the green areas of the Antarctic Peninsula, the most northerly region, thanks to six years of images taken by ESA’s Sentinel-2 satellites and field data from the continent. The details of this unique map are published in Nature Communications.

On the map produced by the scientists, there are 1,679 blooms of green algae. When assembled, it is 1.9 square kilometers of ice that turns green. The blooms are where temperatures have risen the most, especially on the countless islets of the Antarctic Peninsula which experienced temperature records last summer. They are less present in the colder regions, in the south of the peninsula.

But it is not the only factor that favors the growth of these large green areas. Indeed, marine fauna provides microalgae with the nutrients they need to multiply. Thus, 49% of the proliferation zones are less than 100 meters from the shore and 60% within a perimeter of five kilometers around a colony of penguins. The densest blooms were observed within one kilometer of the penguins.

This explosion of biomass, which represents more than 1,000 tonnes of dry biomass a year, is also a great carbon sink. Scientists estimate that these photosynthetic algae can absorb 479 tonnes of CO2 each year. It may sound like a lot but it is a drop in the ocean of anthropogenic annual CO2 emissions.

Testing will be started on volunteers for coronavirus vaccine