Home Entertainment Ant-Man and the Wasp Quantumania in The Footsteps of the Mandalorian: Filming... 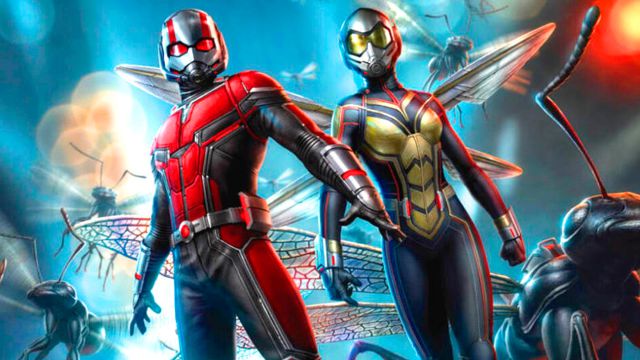 Ant-Man and the Wasp Quantumania, Film director Peyton Reed announces that he will be working with new technology that has revolutionized filming for other Marvel and DC productions.Ant-Man and the Wasp Quantumania, one of the next Marvel Studios films of Phase 4 of the MCU, will feature the filming technology known as The Volume and that has given such good results in productions such as The Mandalorian, where it was used as constant way to recreate settings and backgrounds without having to resort to chromas and their corresponding post-production work. This has been announced by his director Peyton Reed through a publication on his official Twitter account, also anticipating the next filming dates for the film.

The Volume technology will be in Ant-Man 3

So much so, that the new technology The Volume that Disney is repeatedly turning to for its many live-action productions underway (both Star Wars and Marvel), will also serve to recreate backgrounds, landscapes and settings from the third installment of the Ant-Man saga, known as Ant-Man and the Wasp: Quantumania.

And is that The Volume has been used in other recent blockbusters such as The Batman or Thor: Love and Thunder, still in full phase of filming in Australia. This new technology uses gigantic 4K resolution LED panels with images generated in real time by powerful GPUs, all to recreate any scenario on the same film set and further immerse the performers in the fictional universes in which they are theoretically found.

Of course, and because of what little is known about the plot of Ant-Man and the Wasp Quantumania, The Volume will be of great help to recreate quantum universes and other dimensions; And we remember that the main villain of the film will be Kang the Conqueror, played by actor Jonathan Majors. According to rumors, Quantumania would also serve to introduce the Young Avengers.

One Piece Luffy vs Dragon Ball Goku: Can Gear 5 defeat...