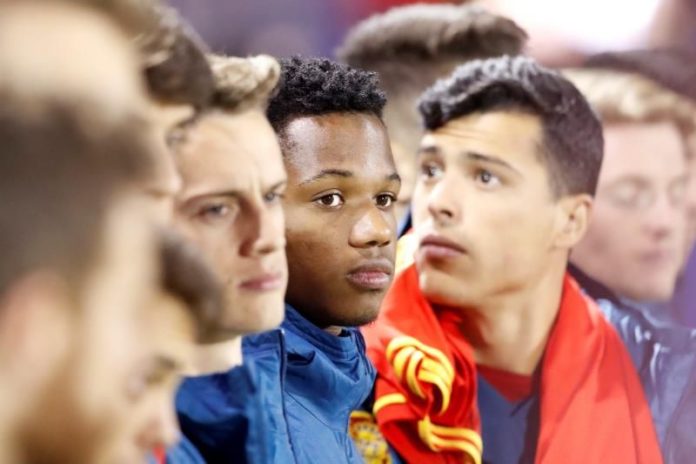 Ansu Fati, a 17-year-old forward from Barcelona, ​​is being closely followed by Luis Enrique Martínez on his return as a Spanish coach, said he has “the open doors” of the absolute, but spoke of a “slow maturation process” and the The need to first succeed in the lower categories of Spain.

The path of Ansu Fati in the Spanish team will continue with Luis Enrique in command, who left a more conservative message towards the young pearl of Barcelona with respect to Robert Moreno.

“Ansu Fati of course we have followed him, he also plays at Barça,” joked Luis Enrique winking at his past in the Catalan club. “I know him, I know his potential, how young he is. He has not yet played in the under-21 starter, he has started to participate but he is a player to follow,” he added.

The coach made clear his mentality with profiles of players like Ansu Fati. “We are attentive to any young player who may appear to reinforce, rejuvenate, improve the selection, but it is clear that there is a very important training stage that very few players skip and with 17 years has very good conditions, is very well positioned but it must be a slow maturation process, “he said.

Although he did not put barriers to his presence in the European Championship 2020 if he signs a great season finale. “I would be delighted if I played the last ten games as a starter in Barcelona and I scored 18 goals. I will take him to the national team because he has the doors open like any other player.