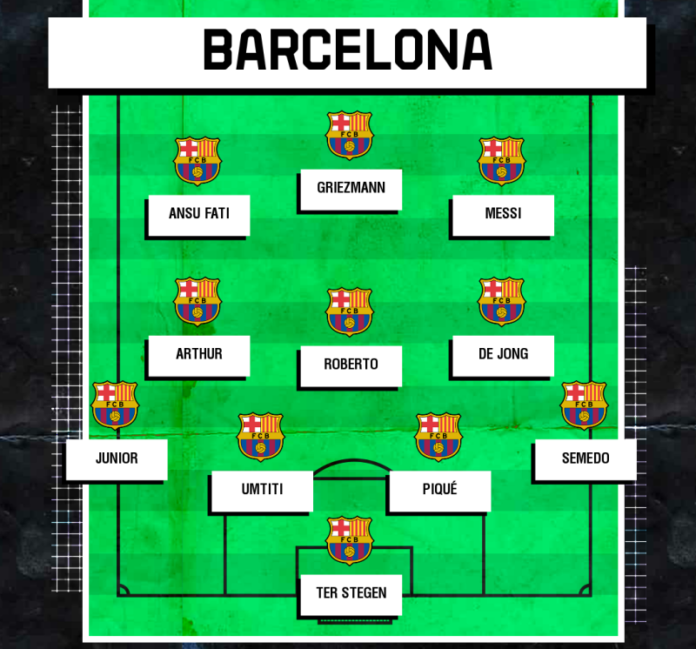 Ansu Fati is already ahead of Ousmane Dembele. At least in the Celta’s visit to Camp Nou, the bissauguinean has been the coach’s choice, Ernesto Valverde, to accompany Antoine Griezmann and Leo Messi on the front of attack of a Barcelona that needs to add again three by three after the defeat at the home of Levante a week ago.

Ansu’s presence half surprises considering that Luis Suarez is not fully recovered from his discomfort despite being on the bench. If anything, surprise because a player still youth passes in front of a Dembele who, on paper, is in good shape to play tonight. Anyway it is not the only surprise of the eleven.

In defense, Clement Lenglet rests and Samuel Umtiti will take his place, who will form at the center of the rear with Gerard Pique to have Nelson Semedo and Junior Firpo as lanes. They will be responsible for protecting the goal of Marc-André Ter Stegen.

In the center of the field is Frenkie De Jong, this time without Sergio Busquets but with Arthur Melo and Sergi Roberto, who will return to form in the wide area with the two players with more ability to create the template. It is a team as offensive to Celta as to some other Barcelona player. And, if you don’t believe it, ask Dembele what he thinks of being a substitute today.